‘Record high’ use of petroleum globally in 2012

The world’s consumption of petroleum products reached a “record high” last year despite a decline in usage in North America and Europe. The Energy Information Administration (EIA) revealed 88.9 million […] 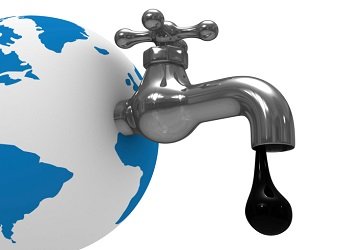 The world’s consumption of petroleum products reached a “record high” last year despite a decline in usage in North America and Europe.

According to the EIA’s report, Asia surpassed North America to become the world’s largest petroleum consuming region in 2009 as its usage rose by 4.4 million barrels per day (b/d) between 2008 and 2012. China and India fuelled much of Asia’s demand increase, growing 2.8 million b/d and 800,000 b/d respectively.

The news follows a previous EIA report that predicted India and China would drive global consumption of energy.

Petroleum use in North America has declined since 2005, with higher oil prices and increased fuel efficiency of light-duty vehicles contributing to reduced consumption in the US. Gas usage in vehicles, which makes up almost half of total US liquid fuel consumption, fell by 290,000 b/d between 2010 and 2012, the EIA claims.

According to the report, petroleum use in Europe has declined every year since 2006, part of which was related to the overall energy intensity and government policies that encourage energy efficiency. The EIA also suggests Europe’s weak economic performance has affected its petroleum use, with declines of 780,000 b/d in 2009 and 570,000 b/d in 2012.