BP has announced it will be ending its controversial sponsorship of Tate Modern next year. The energy giant cited “extremely challenging business environment” for the move and told ELN it […] 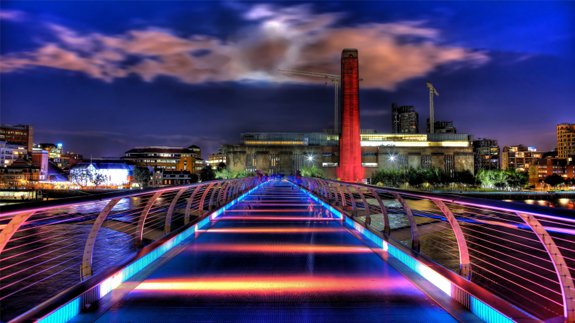 BP has announced it will be ending its controversial sponsorship of Tate Modern next year.

The energy giant cited “extremely challenging business environment” for the move and told ELN it is “purely a business decision” rather than years of protests against the partnership of nearly three decades.

BP said in a statement: “We are facing an extremely challenging business environment and are reducing spending and taking many difficult decisions throughout BP. As a result we have reluctantly decided not to renew our long-term partnership with Tate Britain.”

Tate added the partnership has been “an outstanding example of patronage and collaboration over nearly 30 years”.

A spokesperson said: “It represents one of the most significant long term corporate investments in UK arts and culture. Tate wishes to express its gratitude to BP for its longstanding commitment and ground-breaking support of the Collection displays and other programmes.”

Last year environmentalists transcribed quotes with charcoal on the concrete floor of Tate’s Turbine Hall in an anti-BP protest.

Yasmin De Silva from Liberate Tate said: “We’re thrilled with the news Tate is rid of BP. About 30 years ago, the tide turned on tobacco sponsorship and now the same thing is happening to the oil industry.

“Of course Tate won’t rub it in BP’s face by acknowledging this decision is the result of the increasing public concern about climate change and the huge number of artists, members and gallery-goers speaking out about against the controversial deal.”