The government is willing to take a 25% stake in Tata Steel’s operations in the UK and considering providing energy efficiency and environmental support. The Department for Business, Innovation & […] 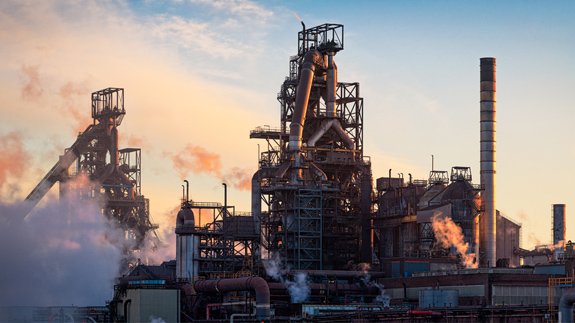 The government is willing to take a 25% stake in Tata Steel’s operations in the UK and considering providing energy efficiency and environmental support.

The Department for Business, Innovation & Skills (BIS) said a package of support “worth hundreds of millions of pounds” will be made available to potential buyers of the crisis-hit company.

It added: “In addition to the support package, the UK and Welsh Governments will also be willing to consider additional grant funding support, for example to support the development of power plant infrastructure, energy efficiency and/or environmental protection measures, R&D and training.”

It is part of their plan to rescue the steel industry and save thousands of jobs following Tata Steel’s announcement to close its UK operations, including its biggest plant at Port Talbot in South Wales.

The money will be made available on commercial terms and tailored to the purchaser’s strategy and financing needs, the governments announced.

Business Secretary Sajid Javid said: “This government is committed to supporting the steel industry to secure a long term viable future and we are working closely with Tata Steel UK on its process to find a credible buyer. The detail of our commercial funding offer is clear evidence of the extent of that commitment.

“We have already delivered on energy compensation, on tackling unfair trading practices and on procurement of British steel and we will keep on going further to support this vital industry.

The move has been welcomed by industry and union leaders and viewed as a “positive step”.

Tony Burke, Assistant General Secretary at Unite the union said: “This is positive news for the Tata Steel workforce and starts to gives them, their families and communities the assurance that serious effort is being made to secure a new owner as the unions have demanded.

“The UK Government still has a lot to do too in ensuring that steelmaking can thrive and that British steelworkers can compete with their global competitors on an even playing field. This means going further on procurement for defence and infrastructure projects by compelling the use of British steel as well as going further in tackling the dumping of cheap imports and high energy costs.”

Gareth Stace, Director of UK Steel, added: “This is a positive first step which will provide the certainty and continuity that should enable credible investors to come forward and provide a sound future for steel making in the UK.”

Earlier this month Tata Steel announced it has sold its Long Products Europe Business, including the Scunthorpe plant, to an investment firm.