UK ‘unlikely’ to meet renewable heat and transport targets by 2020

The UK is ‘unlikely’ to meet its 2020 renewable heat and transport targets. That’s what members of the green and transport sector told the Energy and Climate Change Committee during […] 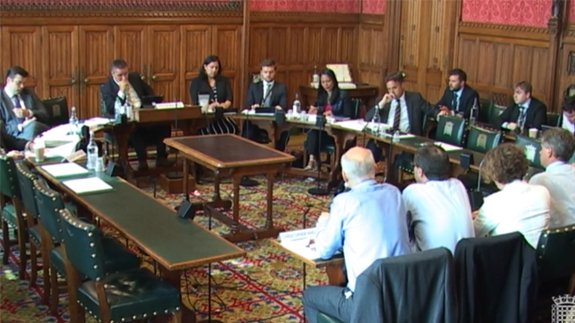 The UK is ‘unlikely’ to meet its 2020 renewable heat and transport targets.

That’s what members of the green and transport sector told the Energy and Climate Change Committee during a hearing this morning.

Philip Sellwood, CEO of Energy Saving Trust said:“I think is more than likely that those targets that are around electrification will be met given that we were already somewhere ahead of the target in 2014.

“I think it’s unlikely that the target for renewable heat and renewable transport will be met… We don’t see at the moment that there will be a chance to those targets to be met by 2020.”

The UK’s 2020 renewable targets include cutting 12% on heat consumption and 10% on transport.

According to Juliet Davenport, CEO at Good Energy the nation might meet “half” of the goal on renewable heat.

The renewable transport sector would meet around 7% of its targets “as maximum” by 2020, said Jonathan Murray, Policy and Operations Director at the Low Carbon Vehicles Partnership.

Asked if the funding provided by the government has been enough to make the renewable heat incentive (RHI) succesfull, Ms Davenport said: “It depends if you try to hit the targets or not. If the RHI is there to hit the renewable targets on heat then potentially not.

“We’ve already seen a cut of £1.9 to £1 billion and it’s been agreed that’s been cut almost by a third in terms of the total amount that it would deliver, so on that basis you would say it’s not enough money.”

The witnesses believe that if the sector doesn’t achieve its renewable targets on heat and transport, the reason is in part due to the lack of consistent policies for these technologies which don’t provide confidence to consumers.

Ms Davenport said: “Consumers need to be given confidence by the government. The government is not consistent.”

Another issue is the lack of awareness from the public towards low carbon heat technologies and electric vehicles (EV). They believe the sector and the government need to work towards ensuring people know these sources are available for them.

Mr Sellwood said: “There’s around 5% awareness of the renewable heat incentive and about 12% awareness on things like heat pumps.

“If people were seeing the public sector taking the lead towards procuring EVs for instance in their fleets whether is passenger cars or their own, they will start taking it seriously.”