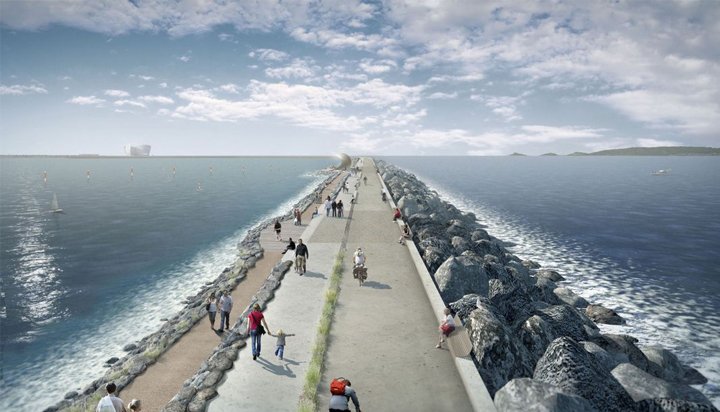 Plans to build a £1.3 billion tidal lagoon project in Wales have been rejected by the UK Government.

Business and Energy Secretary Greg Clark said Tidal Lagoon Power’s proposed programme of lagoons do not meet the requirements for value for money and “would not be appropriate to lead the company to believe the public funds could be justified”.

The developer previously said the project would power around 155,000 homes in Wales every year and is expected to create more than 2,000 jobs in construction and manufacturing.

The Welsh Government announced its backing for the scheme, with a £200 million pledge and urged the UK Government to follow suit.

However, the energy secretary added the same amount of electricity could be generated through a mix of offshore wind and nuclear at a lower cost.

He said: “At £1.3 billion, the capital cost per unit of electricity generated each year would be three times that of the Hinkley Point C nuclear power station. If a full programme of six lagoons were constructed, the Hendry Review found that the cost would be more than £50 billion and be two and a half times the cost of Hinkley to generate a similar output of electricity. Enough offshore wind to provide the same generation as a programme of lagoons is estimated to cost at least £31.5 billion less to build.

“Taking all the costs together, I have been advised by analysts that by 2050, the proposal that has been made – which would generate around 30TWh per year of electricity – could cost up to £20 billion more to produce compared to generating that same electricity through a mix of offshore wind and nuclear, once financing, operating and system costs have been taken into account.”

Mr Clark added that could cost the average British household up to an additional £700 between 2031 and 2050 – or the equivalent of £15,000 for every household in Wales.

In terms of the energy reliability, the generation of electricity is expected to be variable rather than constant, with a load factor of 19% compared to around 50% for offshore wind and 90% for nuclear.

He said: “From day one, the Welsh Government recognised the transformational potential of the Swansea Bay Tidal Lagoon and committed to doing all we could to make the project a reality. Sadly, the UK Government’s short-sightedness and complete lack of ambition has thwarted this project, which could have positioned the UK as a world leader in a new global industry.”