Editorial: Thanks to you, we’ve made it into the top 4%! 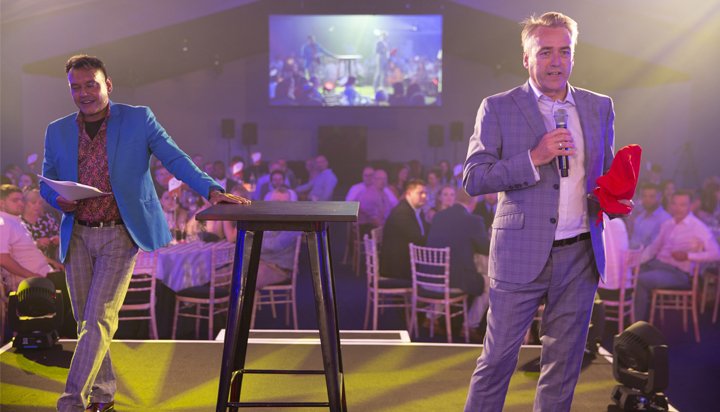 So, as you may know we established Energy Live News in 2010, it was simply an idea without any plan of execution. No business plan, no customers, no staff, no audience and no content.

In April 2018 we joined the top 4% of all UK companies by hitting a milestone in turnover which neither Geoff or I could have ever dreamed possible when we started out. I wanted to write about what this means, not just in terms of figures and facts but really in terms of people and ideas.

Firstly, I want to say thanks to all the wonderful people who helped and believed in us right at the start. I could mention them all but it would be a huge roll call, suffice to say you know who you are and we will never forget how you kept faith in us. Those sponsors, many who have become friends, took a risk on a new idea and on unknown upstarts entering a new market.

Who the hell were we back then? A former BBC journalist and a salesman, who knew nothing of the world of energy and even less about running a business. But we did have an idea, a vision of what we wanted and it came down to just something simple.

Do something different, never rip anyone off and have fun trying.

Hardly a visionary plan for world domination was it? We never set turnover targets or profit growth strategies, hell we didn’t even know how to keep our books in order!

But we did do something smart, we recognised our strengths and played to them. Geoff can sell, loud and booming his personality maybe but he is at the core of it, a real people person and that’s what people buy, someone with passion who believes in what they are selling and what was that? Just the idea of connecting people better to do business.

We’d tried to run a production company before and it had been moderately successful but ELN played to our strengths because I am and always have been a hack. As a journalist I know what makes news and I know how to present it so people today with their busy lives can absorb it. That was the key to our success, doing what we know the best. I tell and visualise stories and he sells the content around them.

Generating revenue from online journalism is the Holy Grail. Every week we hear of media companies bleeding cash on traditional papers and magazines as readerships plummet, many turn to online subscription to try and keep the ship afloat but in a world of multiple free access to the same news (fake or not), that’s hard to do. Many titles just close. Many journalists lose their jobs.

Perhaps because we did things the wrong way around we succeeded? ELN was started with our own money, we hired terrific young people and I taught them how to write and film and make content, we spent time building up stories and videos and we just kept putting it out even though we had no audience and no customers to pay for it. We haemorrhaged cash for six months, I even had thoughts of packing it in but one thing turned it around, belief. Belief in what we were doing and the way we were doing it, belief frankly in ourselves.

I left the BBC at the height of my TV career (it wasn’t ever that high btw) because I couldn’t stand the politics of big corporates. Geoff left a lucrative sales job for the same reason. Both of us had reached an age and a stage in life where we knew we wanted to do something ourselves, succeed or fail it would be down to us and so, when things got tough at ELN we fell back on that mantra…

If we don’t believe in ourselves how will anyone else?  We decided to change our mindset and that was the day it changed for us.

We have had tremendous fun for the past eight years and had the pleasure of creating new ideas such as events and video content and seeing them come into reality. We have built a successful business without anyone else’s money, sure we are not like those tech web bods who rise to making millions in months but we have grown steadily every year. We have run a tight ship and we have NEVER ripped anyone off.

Lastly, I want to say the greatest pleasure I have had these past years is the roll call of cracking young people who have worked for us and continue to do so today. We have, a bit like Sir Alex Ferguson, re-invented the ELN team every few years. Young people come, stay a few years and then move on and a new batch replace them. Some people have stayed and my thanks to Priyanka Shrestha who remains at my side and has become a fantastic journalist. Those who leave have gone on to have great careers. I’m grateful to you all and most of all to our current team who are brilliant.

We take what we do deadly seriously, produce high quality content and events professionally and with immense creativity and pride. We don’t however take ourselves too seriously.

We always laugh in our small office in north London behind a Sainsbury’s, we are very un-PC, we spend hours debating rubbish, watch movies as team days out and often just heading to the pub. We are eternally young in outlook, perhaps because of the wonderful young people who work with us and we treat our staff as we wanted to be treated all those decades ago when we started out.

If you are running your business, starting out or just event thinking about breaking free, I can’t tell you what to do or how to do things. All I can say is if you really believe in it and work damn hard you never know where it will take you.

As for us, who knows? As ever with Geoff and I, there’s no plan, I’m sure one day we will think about an exit but in the words of Juba from Gladiator…”not yet, not yet”