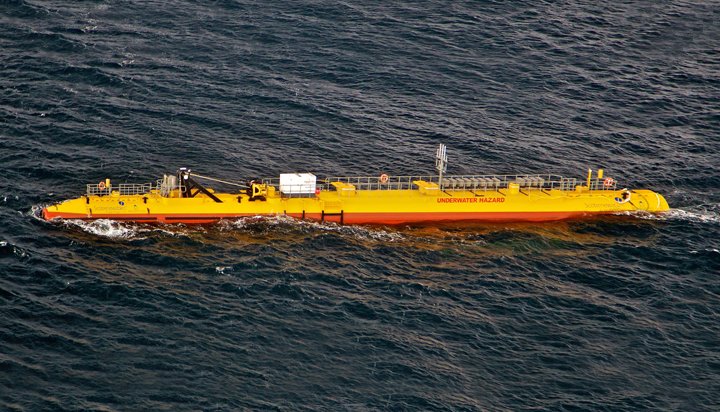 A tidal stream prototype in Orkney has generated more electricity over the last 12 months than the entire wave and tidal energy industry in Scotland before it.

Scotrenewables Tidal Power’s 2MW floating tidal turbine clocked up more than 3GWh of renewable electricity in its first year of testing at the European Marine Energy Centre (EMEC) in Scotland.

It supplied the equivalent annual power demand of around 830 UK households and at times provided more than 25% of the electricity needs of the Orkney Islands.

Scotrenewables believes this, combined with Meygen’s generation of more than 8GWh over the last year from four tidal turbines in the Pentland Firth, is “convincing evidence” of the tidal power’s market readiness.

Andrew Scott, Chief Executive of Scotrenewables Tidal Power said: “The SR2000’s phenomenal performance has set a new benchmark for the tidal industry. Despite being an R&D project and it being our first full-scale turbine, its first year of testing at EMEC has delivered a performance level approaching that of widely deployed mature renewable technologies.

“The SR2000 has completed the job of demonstrating that we have a breakthrough technology and we will now be shifting all our focus and resources towards building on that success with a product which we are confident can enable a new industry created around a predictable renewable energy source.”

A report from the Offshore Renewable Energy Catapult said the tidal stream industry could generate £1.4 million worth of benefits for the UK and support 4,000 jobs by 2030.