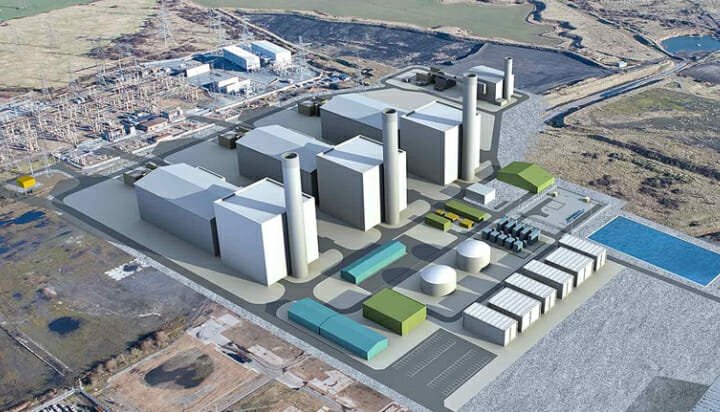 An artist's impression of the Tilbury Energy Centre. Image: RWE

German utility RWE has decided to freeze the development of a 2.5GW gas plant and energy storage project in the UK.

The company said the decision for the Tilbury Energy Centre “has not been taken lightly” and was made “based on current market conditions and project costs”.

It had planned to develop a combined cycle gas turbine (CCGT) power station, a 100MW of energy storage facility and a 300MW peaking gas plant designed to run during times of high demand.

The project was expected to create 1,500 jobs during construction and 100 during operation.

RWE said in a statement: “The decision to freeze Tilbury Energy Centre has not been taken lightly, it will be a disappointment for those who have been working so hard to get us to the stage we have reached. We would like to sincerely thank the local authorities and community for their support during the past year.

“As always, RWE will constantly explore options for how best to develop out site in Tilbury, which remains a good location for future energy options.”

Japanese firm Toshiba today confirmed it is withdrawing from plans to build a nuclear power station in Cumbria.