Sniffer dog team get ruff and ready on leaky pipes 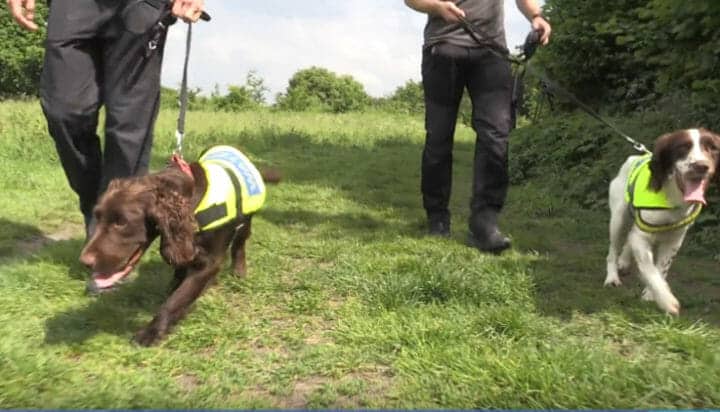 The water company, which serves the North West of England, is now using a two-year-old Cocker Spaniel called Snipe and a three-year-old Springer Spaniel called Denzel – it claims they are the nation’s first sniffer dogs to be specially trained in finding leaking water mains.

The firm says they are particularly useful in rural areas where leaks do not always show on the surface.

Through being able to smell one part chlorine in a million parts of water, the dogs pinpoint exact leak locations after their general vicinity has been detected by satellites.

Hannah Wardle, Leakage Manager at United Utilities, said: “Tackling leakage is a real priority for us and we’re always looking for new and innovative ways to do the job more effectively.

“The North West of England is a notoriously wet region and sorting the leaks from the puddles especially out in the fields can be real challenge. This is where we hope our sniffer dogs will really come into their own, as their sensitive noses can detect mains water at incredibly low concentrations.”