Around 13.4GW of green energy contracts were signed by 121 corporations last year 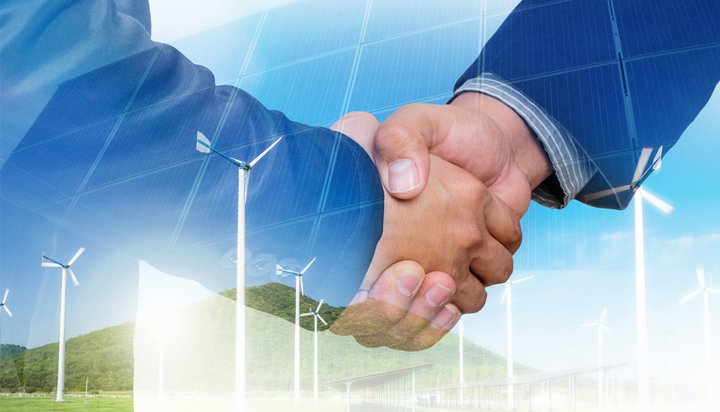 A record amount of clean energy was bought by global corporations through long term power purchase agreements (PPAs) in 2018.

Around 13.4GW of green energy contracts – more than double the total seen in 2017 – were signed by 121 corporations in 21 different countries last year, according to latest statistics from Bloomberg New Energy Finance (BNEF).

That’s an increase from 6.1GW in 2017, with highlights including a wave of smaller corporate energy buyers aggregating their purchases last year.

The US saw more than 60% of global activity, with companies signing PPAs to buy 8.5GW of clean energy. Facebook led the way with 2.6GW – three times that of the next biggest corporate energy buyer, telecommunications company AT&T.

ExxonMobil became the first oil major to sign a clean energy PPA for its own operations, buying 575MW of solar and wind power in Texas.

The US saw the emergence of smaller, first-time corporate clean energy buyers, with around 34 new firms signing their first green power PPAs and making up 31% of total activity in the country.

Mexico and Brazil also saw growth in corporate procurement, with the Americas accounting for 9.1GW.

In the Europe, Middle East and Africa region, corporations also purchased record volumes of clean energy, inking deals for 2.3GW and doubling the 1.1GW signed in 2017.

Jonas Rooze, Head of Corporate Sustainability for BNEF said: “Corporations have signed contracts to purchase over 32GW of clean power since 2008, an amount comparable to the generation capacity of the Netherlands, with 86% of this activity coming since 2015 and more than 40% in 2018 alone.”