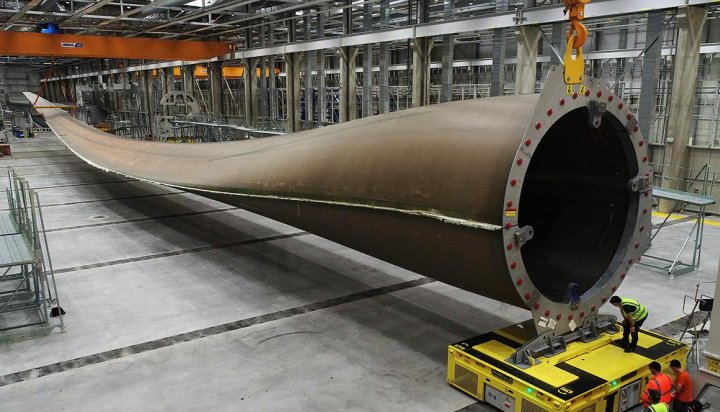 LM Wind Power has unveiled what it claims is the world’s first wind turbine blade boasting a length of more than 100 metres.

The 107-metre blade has been successfully molded in the firms factory in Cherbourg, France – it will now undergo a series of finishing touches, before being thoroughly tested to prove it will be able to withstand more than 20 years of operation in offshore environments.

The GE Renewable Energy business say the blades will be used to create build the company’s Haliade-X 12MW offshore turbine, the world’s most powerful to date.

Vattenfall has recently joined forces with Siemens Gamesa to deploy giant 10MW turbines at an offshore wind farm in the Netherlands.