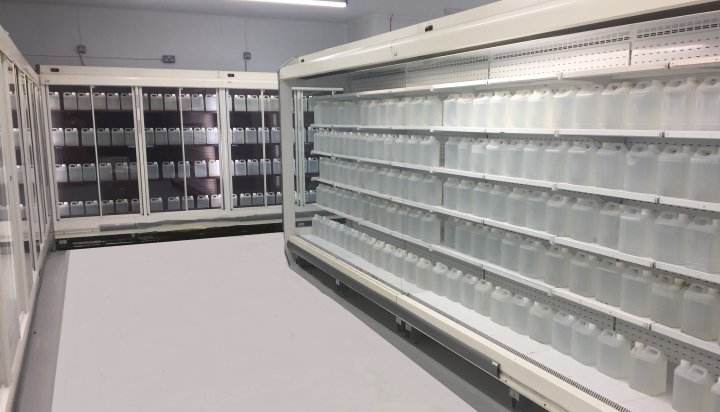 Supermarket freezer aisles across the UK could be used as a massive ‘virtual battery’ to help balance the grid.

That’s the conclusion reached in new research funded by Innovate UK and undertaken by the University of Lincoln, IMS Evolve, Tesco Stores and The Grimsby Institute, which created a mocked-up supermarket to test whether fridges and freezers can play a role in allowing new and intermittent technologies, such as electric vehicles and wind turbines, onto the grid in increasing numbers.

The Refrigeration Research Centre (RRC) models the dynamics of a typical supermarket and is used to explore how the environmental impact of the food and drink retail industry can be reduced – mass refrigeration is currently responsible for around 12% of the UK’s carbon emissions and represents up to a third of a typical retailer’s energy costs.

Researchers found algorithms can be used to temporarily cut the power supply to fridges while still keeping the food cold, allowing short pulses of extra electricity to be sent to the grid when needed to match any gaps in energy frequency.

The study found if Tesco harnessed all its fridges across the UK it could create a virtual battery of up to 50MW.

“Successfully integrating food refrigeration systems into Demand Side Response mechanisms would have national and internationally relevant impact and our research has shown that this can be done while controlling food quality and temperature control limits.”