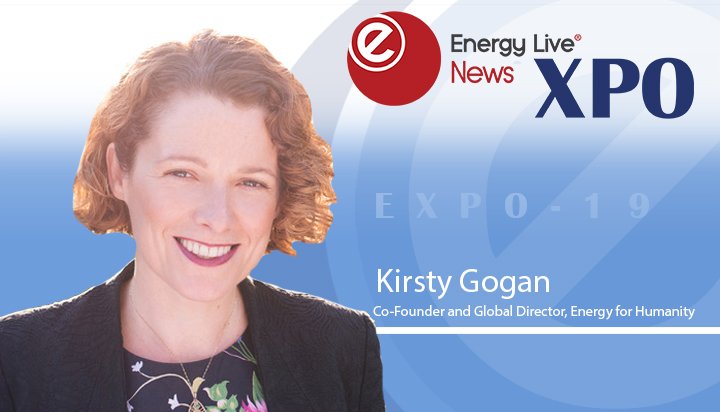 Kirsty Gogan MSc. FRSA is Co-Founder and Global Director of Energy for Humanity (EFH), an environmental Non-Governmental Organisation (NGO) focused on large-scale deep decarbonisation and energy access. EFH led a delegation of the world’s most highly regarded climate scientists to Paris COP21 in order to make the case for nuclear to be recognised as a vital part of the clean energy mix.

EFH was subsequently shortlisted for the Business Green Leaders “Green NGO of the Year” Award in 2016 and received the US Nuclear Industry Council Trailblazer Award in 2019. At COP23, EFH published a new report on European Climate Leadership 2017 and presented a new study on Decarbonising Cities with Advanced Nuclear.

EFH jointly launched the Clean Energy Ministerial Flexible Nuclear Campaign in May 2019, supported by the Canadian, US, and UK governments and in partnership with US-based NGOs Energy Options Network and ClearPath Foundation.

Kirsty is also the co-founding Managing Partner of LucidCatalyst, a consultancy specialising in climate and energy and was recently commissioned by the UK Energy Technologies Institute to produce the widely-cited Nuclear Cost Drivers Study.

Kirsty is regularly invited as an expert speaker on science communication, nuclear competitiveness and innovation to high profile events around the world. She has 20 years’ experience as a senior advisor to industry, non-profits and government, including at 10 Downing St, the Office of the Deputy Prime Minister, and the Department of Energy and Climate Change, where she ran the national public consultation on nuclear new build, reviewed the national communications response to Fukushima and revised national guidance for civil nuclear emergency planning and response.

Kirsty is also a member of the UK Government’s Nuclear Innovation Research and Advisory Board (NIRAB) and chairs the cost-reduction working group.