Turning up the Heat: The Green Gas Levy

UK gas prices are currently amongst the lowest in Europe. Wholesale prices are highly competitive, taxes are relatively low, and for business users, at least, network costs account for a relatively low proportion of the bill. 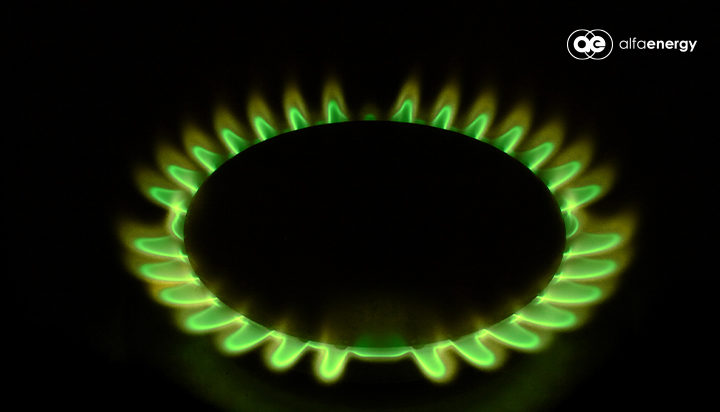 There is only one big problem – the carbon emissions from using the gas itself.

Recent progress in decarbonising power generation has been impressive.  But if medium and long- term carbon targets are to be met, putting the UK on a path to Net Zero by 2050, there will have to be similar decarbonisation elsewhere – notably in heat, most of which comes from burning natural gas.

With Carbon Budgets looming, the government is therefore turning its attention to gas supplies and what can be done to encourage alternatives, including the use of green gas, and how best to pay for it.

The increase in electricity supply prices in recent years has largely been driven by policy costs, including measures to subsidise renewable electricity and tax the carbon emissions from fossil fuelled power generation.  On the one hand, these measures have successfully transformed UK power generation in not much more than a decade, massively increasing the deployment of renewable wind, solar and biomass, and slashing the emissions from conventional generation.  On the other hand, the impact on users’ bills has been considerable – currently over £10bn pa, and rising.

Could something similar be about to happen for gas?  Not necessarily.  There are not as many options for producing renewable gas at scale as there are for producing renewable power.  In addition, the government is naturally hesitant to impose significant costs on gas use in the domestic sector, where fuel poverty remains a concern.  There are similar concerns in business too, where gas not only heats commercial buildings but provides the fuel for high temperature industrial processes and serves as a vital feedstock for the chemicals sector.

In the long run, the best low carbon alternative for many of these heat demands may prove to be electrification, although with the cost of a unit of electricity three times that of gas this is not yet a commercially attractive option unless the costs can be offset by efficiency savings.  In the meantime, increased use of biogas (possibly also hydrogen, from a low carbon source) is a practical first step in lowering the carbon footprint of the UK gas system.

A tax by any other name

As ever, the question for government is how an increase in the use of biogas be paid for, and who should pick up the bill.  Some economists simply advocate an economy wide carbon tax covering all energy use, including gas supplies, which would improve the competitive position for biogas.  Whilst perfectly logical, this is not seen a politically attractive option at the moment.  Others believe the cost of decarbonisation should be supported through general taxation – not the easiest of things to get Treasury to agree to even when the economy is buoyant.  The remaining option, unsurprisingly, is a dedicated tax on gas bills.

On 22 September BEIS published a consultation on proposals for a Green Gas Levy on licensed gas suppliers to fund biomethane injection into the gas grid, through the Green Gas Support Scheme.  The Green Gas Levy is expected to launch in autumn 2021 with the first levy payment from suppliers being collected in April 2022.  The consultation closed on 2 November and further details are expected to be confirmed early in the new year.  The proposals are part of BEIS’ wider work on heat decarbonisation, which includes a Heat and Buildings Strategy, to be published later this year.

BEIS’s proposals are that levy costs will be split across suppliers according to the number of meter points they serve, with each meter point incurring the same charge regardless of gas consumption or meter type.  However, it is the government’s intention to transition to a volumetric levy in 2024/25, or as soon as possible thereafter.  Initially therefore, the impact on most business users would be relatively small.  The more interesting question is what are the impacts on business users likely to be when the levy becomes volumetric, reflecting actual or estimated consumption.  Gas intensive businesses in particular will be concerned that a volumetric levy does not raise costs to the extent of undermining their competitiveness.

Industrial gas use – a special case?

The implications for the Net Zero agenda for industrial gas users – high temperature kilns, paper and glass production, certain chemical processes, etc, – are potentially profound.  Some of these processes could be run on biogas or hydrogen enriched fuel as the gas grid starts to decarbonise, but the introduction of volumetric levies could undermine their competitiveness.  In the long run a switch to pure hydrogen or electrical heating would significantly increase their operating costs, and in the case of electrification could require rebuilding much of their production facilities – not something they could afford, unless their international competitors do likewise.  So solutions will need to be found on a sector-by-sector basis, such as support for carbon capture and storage to enable continued gas use, grants for conversion to electrification, partial exemption from green levies on power and gas supplies, etc., if these energy intensive industries are to remain internationally competitive.

Business gas users would be wise to keep an eye on taxes and other policy measures that could drive up the price of gas supplies as the government’s decarbonisation efforts gather pace.  There has already been a re-balancing of Climate Change Levy rates to reflect the fact that electricity supplies have become less carbon intensive relative to gas since the tax was first imposed.  Since the electricity decarbonisation trend is certain to continue, further rebalancing of CCL rates can be expected to follow in due course.

BEIS appears to understand the importance of keeping gas supplies affordable for domestic consumers and competitive for business users.  Nevertheless, the government’s legal duty to ensure the UK achieves Net Zero carbon emissions by 2050 means it is only a matter of time before the environmental cost of carbon emissions is more fully reflected in gas supply prices.  Special provisions may be made for certain gas intensive industrial processes to ensure they can remain competitive, but for most businesses the cost and regulatory constraints relating to gas use are likely to increase over the long term.  Forward looking businesses will need to take this into account when considering how best to upgrade or replace their existing heating systems in the years ahead.

YOUR VOICE IS IMPORTANT. MAKE SURE YOU ARE HEARD:

As a regular participant in a number of energy parliamentary, regulatory and industry groups Alfa Energy supports engagement of its clients and representation of their views through political, regulatory and industry discourse. If you would like Alfa Energy to represent your views to the parliamentary bodies we work with on this matter Get In Touch and let us know your views.