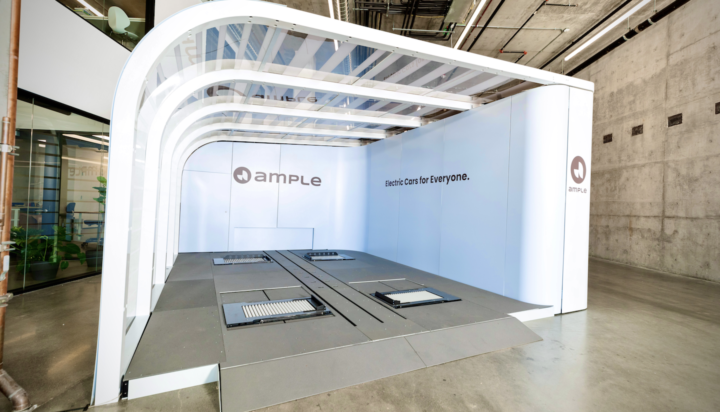 A new electric vehicle (EV) battery-swapping station that promises to charge an EV in under ten minutes has opened in San Francisco by technology company Ample.

It is claimed the time needed for an EV to get to 100% charge is three times faster than conventional charging.

A typical EV charging infrastructure is believed to take anywhere from 45 minutes to 12 hours to fuel a battery.

The fully-autonomous hubs, which are using AI-powered robots, are designed to remove depleted batteries from EVs and replace them with fully charged ones.

The old batteries are then placed on shelves where they are recharged to be given to other vehicles.

The stations have reportedly welcomed Uber drivers as their first customers.

The solution requires no construction and can easily be deployed in two parking spots, in grocery stores, or even in gas stations, the company said.

Khaled Hassounah and John de Souza, Ample Co-Founders, said: “After seven years of quiet research and development, we’re excited to announce a faster and cheaper approach to delivering energy to EVs, which can be rolled out across a whole city in just a few weeks.”