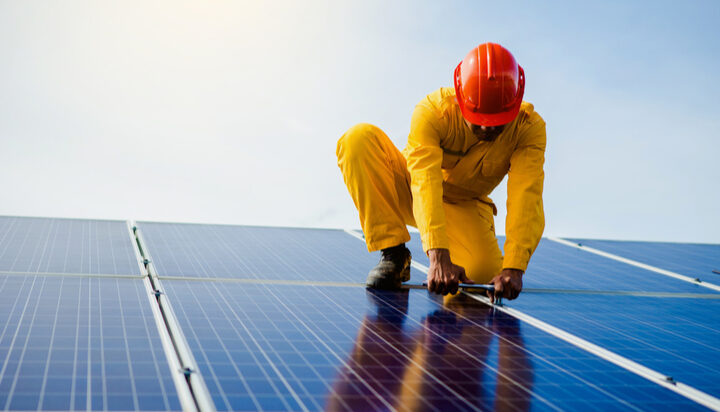 The UK’s solar sector will double in size by 2030 – but to hit net zero it needs to triple, warns Solar Energy UK.

The industry body claims 40GW of solar capacity must be in place by 2030 if the UK is to remain on target to reach net zero by 2050, as set out in its national climate commitments.

In a new report, Solar Energy UK predicts such a scaling up of capacity could create 13,000 new jobs across the sector and drive £17 billion of additional economic activity, while simultaneously cutting national carbon emissions by 21.2 million tonnes per year, or around 4.7%.

The report states: “With less than six months to go until COP26 pressure is growing on the Government to show leadership on solar and other onshore renewables, as it has done for offshore wind.”

Noting that business-as-usual scenarios will not deliver the capacity growth required, the industry body urges the government to implement a wealth of policy and regulatory changes to maximise the sector’s potential and increase ambition across the residential, commercial, and utility-scale markets.

It calls for business rates to be reformed, for VAT on solar energy systems to be scrapped and for solar to continue to play a part in the country’s renewable energy auctions.

Solar Energy UK Chief Executive Chris Hewett said: “Solar companies up and down the country are in a strong position to deliver the growth needed to meet the UK’s climate commitments. However, the Government must act now to accelerate deployment to ensure their net zero targets are met. Jobs, economic growth, and a massive reduction in carbon emissions are all up for grabs.

Solar is affordable, reliable, and immensely popular with the public. Every additional unit of solar energy generated in the UK cuts the amount of coal and gas we burn today. It can and must play a bigger role in the UK’s green economic recovery.”