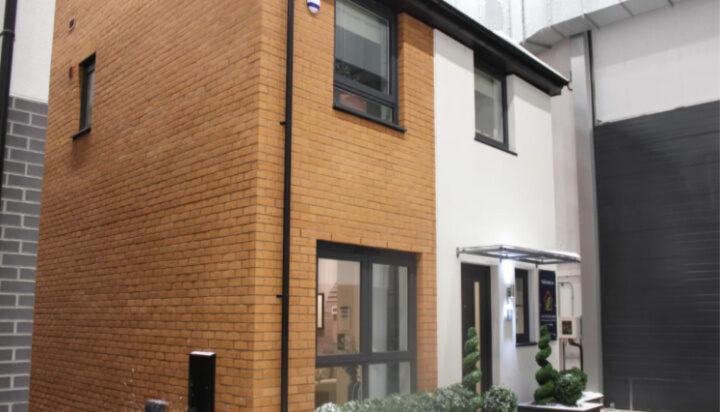 An air-source heat pump has been installed on a British home test project for the first time.

The heat pump will be tested in an experimental house, named “The Future Home” at The University of Salford.

The project is being built by Bellway inside a climate-controlled chamber at the university as part of its research project, which is being part-funded by the European Regional Development Fund.

The home will test low carbon technologies and their impact on the cost of living.

Air source heat pumps are expected to replace natural gas boilers in most homes when they are phased out.

They are already installed in many new homes, where they are usually fitted to, or adjacent to, an exterior wall.

In most of these cases, these installations take up valuable outdoor space.

Jamie Bursnell, Group Technical and Innovations Manager for Bellway, said: “Installing an air-source heat pump within a loft space is a bold move – one that no UK developer or retrofit project has previously attempted.

“During the research period, we will have people living within the home to test the performance of the heat pump during real-life use. If the unit in the loft performs well, it could create a new way for homeowners to reduce their carbon footprint without compromising on space or aesthetics.”