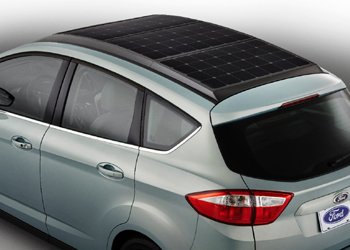 American carmaker Ford has developed a hybrid car which charges from solar panels in its roof. The C-MAX Solar Energi which has been created with solar tech firm SunPower is charged by a separate, magnifying glass-style lens called a solar “concentrator”. This system which has a patent pending boosts the sunlight hitting the solar panel […]