Wind developers have been branded “cynical” for treating local communities without respect during their planning process. Raising his concerns at a fringe event at the Tory party conference in Manchester […] 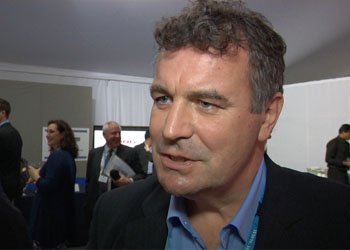 Wind developers have been branded “cynical” for treating local communities without respect during their planning process. Raising his concerns at a fringe event at the Tory party conference in Manchester this week, an East Riding councillor warned that such developers were tarnishing the wind industry’s reputation.

Councillor Paul Robinson (pictured) told ELN: “The challenge we have with the onshore wind industry is the cynical developers and the way they act is actually tarnishing the wind industry full stop.”

The wind industry has come across significant opposition in some areas, with residents objecting to new projects because wind farms could create noise pollution and are unsightly.

Councillor Robinson said: “They don’t treat residents like adults. They try and ride roughshod over communities, they’re not prepared to invest time or money in consultation in working with communities.

“But instead they prefer to invest in barristers at the end of a process where they’re fighting an appeal when a local planning authority, like the local council, has refused an application for a wind farm.”

However, renewable groups rushed to defend the wind industry for going “over and above” the demands on local planning authorities.

Charles Anglin, Director of Communications at trade body RenewableUK said: “Look at the applications that take place. Huge amounts of evidence and consultations with the community are needed for applications. We have a system designed to ensure no one can run roughshod over communities.”

Mr Anglin added that the wind industry goes “over and above the planning obligations”. He pointed to Energy Secretary Chris Huhne’s recent community benefits protection protocol, which sets a minimum standard for local benefits from wind farms, which can include grants to community trusts, shares in wind farms, and schemes to reduce electricity bills.