Stalling oil and gas growth is being ‘masked’

The UK’s offshore oil and gas sector is “fighting hard to stand still” when it should be thriving, claims a leading trade body. Oil & Gas UK which represents more […] 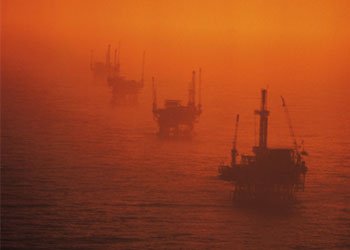 The UK’s offshore oil and gas sector is “fighting hard to stand still” when it should be thriving, claims a leading trade body.

Oil & Gas UK which represents more than 200 offshore firms yesterday warned the sector’s shrinking growth is being “masked” by the short-term success of a few large projects.

The warning comes as the organisation publishes its 2012 Activity Survey, showing a “record drop” in oil production last year.

Malcolm Webb, Oil & Gas UK’s Chief Executive said: “It would be a mistake to take the current major project activity as a sign of long-term confidence across the industry.

This year and next will see high investment on a few large projects which were commercially committed before last year’s Budget. However, 2011 production saw a record drop, exploration halved and business confidence remained sluggish, despite an average oil price of $111 per barrel.”

However DECC believes this isn’t the “whole story”, touting its latest efforts to encourage new exploration.

A spokesperson told ELN: “DECC’s recent launch of the 27th Offshore licensing round should help in this respect. We would hope to see successful exploration further down the line leading to a range of projects including smaller fields which could be tied back to existing infrastructure.

“Oil & Gas UK emphasise the significance of a few major projects to the future of the UK continental shelf. Such projects are clearly important but they are not by any means the whole story.”

The trade body is also concerned the sector’s longer-term prospects could be badly affected by the structure and instability of the current tax regime. Last year the Treasury slapped a shock tax of up to 80% on some oil fields in the North Sea in its 2011 Budget.

Mr Webb said: “By taking the right steps in the 2012 Budget, at no additional cost to the Exchequer, the Chancellor could boost UK production with benefits for UK investment, jobs, the balance of trade and energy security.”

A spokesperson for the Treasury responded: “The Government seeks to deliver a tax regime that encourages investment and innovation in the North Sea, while also making a fair contribution to the public finances.”