DECC stalwart and Conservative MP Charles Hendry leaves “big shoes to fill” after he was replaced by John Hayes as Energy Minister in the Prime Minister’s Cabinet shake-up. The news […] 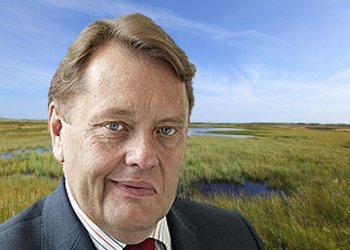 DECC stalwart and Conservative MP Charles Hendry leaves “big shoes to fill” after he was replaced by John Hayes as Energy Minister in the Prime Minister’s Cabinet shake-up.

The news was the sting in the tail of the reshuffle yesterday which initially seemed to leave the Department of Energy and Climate Change unscathed.

David Smith, Chief Executive of Energy Networks Association said: “Charles has made an outstanding contribution to UK energy policy not just in government but in opposition before that. His vast knowledge and experience has delivered a balanced and incredibly valuable approach. He leaves very big shoes to fill and will be missed.”

Mr Hayes (pictured) joins fellow Tory Climate Change Minister Greg Barker and the Energy Secretary Ed Davey, who was unlikely to go as he is a relative newcomer to the post and a Lib Dem to boot – crucial for keeping an even keel in the Coalition.

The new Energy Minister has previously served as Shadow Minister for Housing and Planning as well as Transport, more recently acting as the Minister for Lifelong Learning, Further and Higher Education after the 2010 elections.

His brief in the Department for Education was particularly focused on apprenticeships, careers guidance and vocational education.

The new Minister will have to console his previously tough stance on building wind turbines in the Fenland area, his constituency, with the Department’s policy in favour of renewables.

She said: “Given John Hayes’ reported stance on energy subsidies, he might want to take a good hard look at energy policy in the round. We would be happy to meet with him to discuss the latest information on falling costs of renewables and increasing costs of other energy forms.”

Admitting Hendry’s demotion was a shock, a DECC spokesperson said it was now time for the new Minister “to get himself read up on his new ministerial responsibilities”.