BP suspended from new US contracts for “lack of business integrity”

British oil giant BP has been banned from new contracts in the United States because of its “lack of business integrity”. The US Environment Protection Agency (EPA) announced the temporary […] 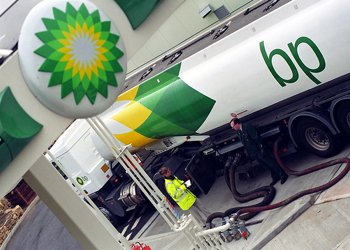 British oil giant BP has been banned from new contracts in the United States because of its “lack of business integrity”.

The US Environment Protection Agency (EPA) announced the temporary suspension yesterday as punishment for the Deepwater Horizon oil well blowout, explosion, oil spill and response. The accident in April 2010 killed 11 people and the resulting oil spill was the largest in recorded US history.

Earlier this month, BP agreed to plead guilty to eleven counts of misconduct or neglect of ship officers and a count of obstruction of congress, as well as counts for violating the Clean Water Act and the Migratory Bird Treaty Act.

To date, BP has paid out more than $9 billion (£5.6bn) in claims as well as spending more than $14 billion (£8.7bn) in operational changes and clean-up costs.

The suspension does not affect existing agreements but BP won’t be able to get new federal government contracts or grants until it shows the EPA “sufficient evidence” that it meets federal business standards.

However the oil firm said it has been told by the regulator that a draft agreement lifting the ban would be available “soon”.

BP is the largest investor and deepwater leaseholder in the Gulf of Mexico with more than 700 gross blocks and seven rigs currently drilling in the area. Since the Deepwater Horizon accident, the US government has granted it more than 50 new leases there.

The British exploration firm said it has been in “regular” talks with the EPA and has already given it a “present responsibility statement” of more than 100 pages.

It added in a statement: “As BP’s submissions to the EPA have made clear, the company has made significant enhancements since the accident. The company launched an internal investigation immediately after the accident, publicly released the results and has been implementing all 26 of the investigation’s recommendations.”