Ever wondered how much energy your neighbour uses?

Have you ever wondered how energy efficient your neighbour is or how much they spend on their energy bills? Well, a new report claims householders could cut their gas and […] 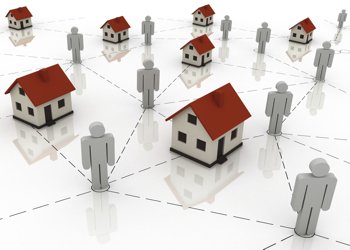 Have you ever wondered how energy efficient your neighbour is or how much they spend on their energy bills? Well, a new report claims householders could cut their gas and electricity bills by as much as £70 a year if they could compare each other’s energy bills.

Think tank Policy Exchange claims there is “evidence” both internationally and in the UK that people cut the amount of energy they use when they compare it to a more energy efficient neighbour’s bills. The ‘Smarter, Greener, Cheaper’ report suggests the Government should extend energy efficiency schemes like the Energy Company Obligation (ECO) to allow schemes that can help households reduce their energy bills to compete for subsidies.

Eligible schemes could include home energy visits that show people where they are wasting energy, better leaflets on how to cut bills or comparisons of energy use. The report suggests energy firms could allow householders to anonymously join the scheme which would let them compare their bills with people living in similar sized properties.

Policy Exchange claims it found schemes that changed how households used energy were more than seven times cheaper than building new power generations. It argues policy changes are needed if the Government wants to take full advantage of the smart meters roll out, which includes the installations of around 53 million new gas and electricity meters in homes across the UK in the next seven years.

Guy Newey, author of the report said: “Helping people to cut their rising energy bills and avoid wasting energy is one of the most important things the Government can do. It is also one of the easiest and cheapest ways of reducing our carbon emissions.

“Smart meters have the potential to help change the way we use energy in the homes. But they won’t change habits on their own. Households need support to understand where they can make savings. If your find out your neighbour is paying £50 a month less for their energy, you’re much more likely to do something about reducing your own energy use.”