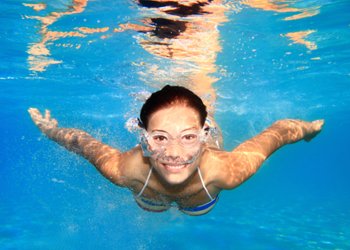 A local council is in line to save up to a third on its energy costs and more than 690 tonnes of carbon emissions every year as part of a new energy efficiency programme.

Mid Devon Council has installed a wood chip boiler for its heating needs at its leisure centre, vending machine controls that automatically power down when not in use and new air handling units for its swimming pool, which stops heat from being wasted. These upgrades are expected to save around 28% in energy costs, equivalent to more than £92,000 every year.

They brought in the measures after taking up an energy services company or ESCO scheme from Anesco. Their energy use was analysed, to work out a combination of energy efficiency measures and upgrades which would give them the most benefits. The measures were then installed through an investor-backed fund at no upfront cost.

Adrian Pike, CEO of Anesco, which managed the project said: “The completion of the ESCO model in Mid Devon is paving the way for other councils and organisations looking to tackle their growing energy costs and emissions.

“The beauty of the model is that it offers councils, businesses and other organisations a way to install efficiency measures at no upfront cost. It generates both instant and long term benefits and at the end of the agreement, organisations will also be left with a more efficient building stock.”

The cost will be recouped through a percentage of the savings generated on energy bills and through the government’s Renewable Heat Incentive (RHI) scheme. The agreement between the council and Anesco will run for 12 years.