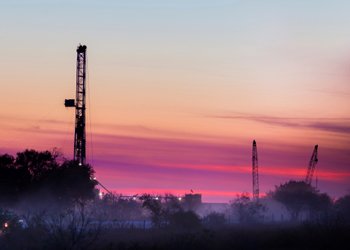 More shale gas has been found in the North West of England by exploration firm IGas which reckons there could be as much as 170 trillion cubic feet (Tcf) of the unconventional gas in the acreage it has a licence for.

That’s on top of 200tcf reserves which fellow exploration firm Cuadrilla Resources believes exist on a separate section of land.

Shale gas is a controversial process of extracting gas from shale rock, involving drilling deep underground and blasting the rock open with a mix of water, sand and chemicals to let the gas flow out freely.

The new studies by IGas covered 300 square miles in the Lower Carboniferous shale including the Bowland Shale in the North West of England. It believes the most likely level of reserves is 102Tcf while low estimates are 15.1Tcf.

Andrew Austin, chief executive said: “The announcement of the gas in place volumes of up to ca. 170Tcf in our North West acreage… supports our view that these licences have a very significant Shale Gas resource with the potential to transform the company and materially benefit the communities in which we operate.”

The onshore oil and gas firm is planning to drill in autumn and says its proposed drilling programme is “at an advanced stage”.

Mr Austin said the estimates may change once drilling begins, adding there are plans to look at possible shale resources in the East Midlands and the Weald Basin in southern England.

However anti-shale gas and environmental group Greenpeace claimed the figures were “just hype to impress investors”.

Doug Parr, Greenpeace’s policy director said: “Deciding how much gas there is based on the word of a shale gas firm is like buying a second hand car without lifting up the bonnet and asking the price.

“IGas may be keen to impress its investors in China but these figures are just hype. The world’s largest oil and gas firms were attracted to Poland by similar claims – now they are rushing to leave.”