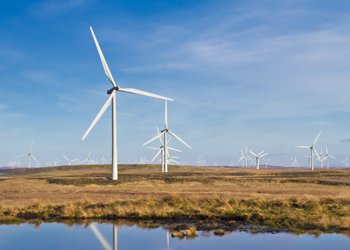 Changes to charges imposed on energy generators which mean renewable projects such as wind farms could pay less to use transmission networks have been welcomed with glee by the Scottish National Party (SNP).

Yesterday the regulator Ofgem said “it is minded to approve” a reduced change for intermittent energy generation because charges at the moment do not “appropriately reflect the costs imposed by different types of generators”.

Scotland is a hub for wind energy with farms such as Whitelee in Glasgow (pictured) sprouting up since the nation put in place ambitious targets to get most of its power from renewables.

The SNP believes the changes which if approved would kick in from April 2014 will encourage developers to build more wind farms.

Mike MacKenzie, Member of the Scottish Parliament for the SNP who sits on the Economy, Energy and Tourism Committee said: “There is no doubt that this is a step in the right direction… The improvements that are being announced are the result of heavy campaigning by Scotland’s energy sector and those who want to see renewables flourish and should be considered a significant victory on their part.”

He claimed the system hasn’t been changed enough though: “It is a disappointment that Ofgem remain fundamentally wedded to a system that subsidises generators in the south of England while landing those in Scotland with the highest charges in the UK.”