When you step through the sliding doors, do you think about how much energy it takes to get you to the top floor? Probably not – and you aren’t alone, […] 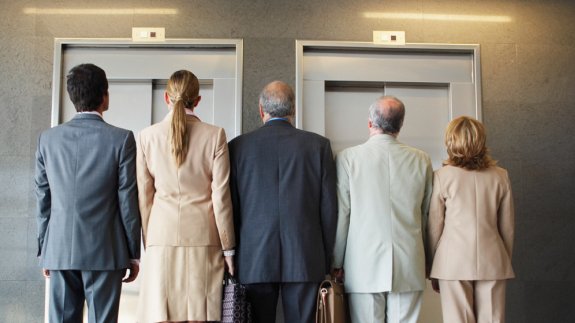 When you step through the sliding doors, do you think about how much energy it takes to get you to the top floor?

Probably not – and you aren’t alone, suggests a new study by the American Council for an Energy-Efficient Economy (ACEEE) which says not enough information is about for building owners on the topic.

They say more energy-efficient elevators can significantly reduce the costs of operating a building – and call for new standards such as the Energy Star rating for heating, air con and home appliances.

Elevators and escalators make up 2% to 5% of the energy used in most buildings, according to ACEEE and can reach as high as 50% during the busiest times.

Technology exists today to slash their use by 40% or as much as 75%, such as by cutting energy use between trips when an elevator is idle, finds the study.

But the ACEEE complains without a standard way to measure energy savings and a rating system to distinguish more efficient elevators, building owners could be in the dark about getting a more efficient system.

John Mandyck, chief sustainability officer at UTC Building & Industrial Systems which make elevators said: “As consumers and tenants better understand and value the effects green buildings have on the health and productivity of inhabitants, clear standards for measuring elevator efficiency can provide a great opportunity to reduce operating costs and showcase the environmental attributes of a building.”