The UK’s attractiveness as a destination for renewable investment has reached an all-time low. That’s according to EY’s latest Renewable Energy Country Attractiveness Index (RECAI) which has ranked the country […] 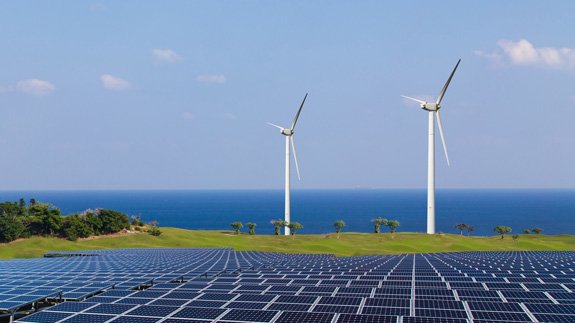 The UK’s attractiveness as a destination for renewable investment has reached an all-time low.

That’s according to EY’s latest Renewable Energy Country Attractiveness Index (RECAI) which has ranked the country in 13th place out of 40 nations.

The report said the nation’s attractiveness to renewable investors fell due to a combination of energy policy changes and ongoing uncertainty around the role of green energy in the UK’s future power mix.

The government’s decision to invest in gas and nuclear instead of green energy to secure supply is said to be the key reason for the UK’s fall. It fell from 11th place in September last year.

The US, China and India are at the top of the ranking table.

The RECAI report warns investment in new projects could also decrease drastically from 2017.

It adds delays to a final investment decision on the Hinkley Point nuclear plant leave the UK in “serious jeopardy of a major energy supply deficit within the next decade”. 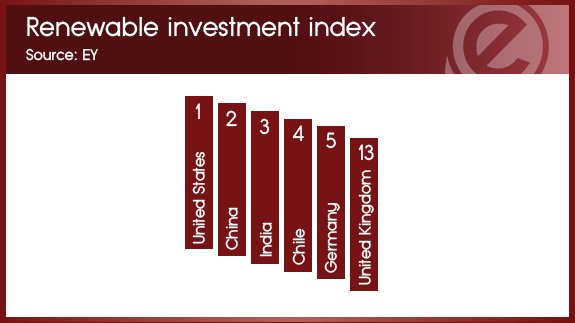 EY believes that a possible EU exit is also creating concerns over the risk profile of the country’s investments.

Ben Warren, EY’s Energy Corporate Finance Leader said: “A non-committal approach to energy policy is putting the attractiveness of the UK’s renewable energy sector on a landslide. The current approach is going against the grain of almost universal global support for renewables and is masking the UK’s advantages – a growing energy imperative as ageing power plants are retired, strong natural resources and efficient capital markets.

“In the absence of real changes to the direction of policy support and greater demand for renewables in the energy generation mix post 2020, the only way for the UK in our Index seems to be down.”

DECC insists it is “dedicated” to reducing emissions and moving to using low carbon energy “but this has to be done in the most cost-effective way for households and businesses”.

A spokesperson adds: “The UK remains an attractive location for investment in renewable energy. In the last Budget 2016 we helped give investors the longer term certainty they need by announcing £730 million of funding for renewables contract auctions this Parliament to drive further investment, building on the record levels we saw last year.”