Energy Minister Andrea Leadsom has launched her bid to be the next UK Prime Minister. In a buoyant speech today, she promised to build a society based on “aspiration, tolerance […] 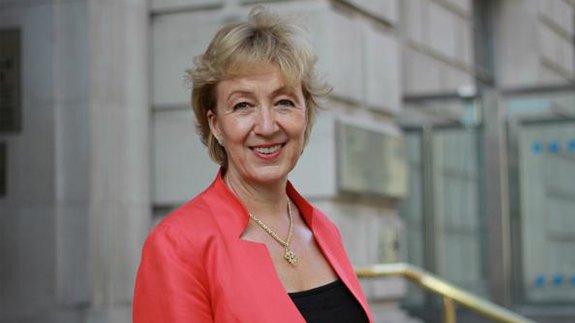 Energy Minister Andrea Leadsom has launched her bid to be the next UK Prime Minister.

In a buoyant speech today, she promised to build a society based on “aspiration, tolerance and hope”.

The Tory leadership contender added citizens of other EU countries living in the UK cannot be “bargaining chips” in Brexit negotiations and government must guarantee the rights of those already in the country to stay after it leaves the EU.

In a tweet ahead of her speech she said she was “excited” to be launching her bid.

Ms Leadsom, who was a prominent figure in the Leave campaign, is one of five people hoping to succeed David Cameron as the leader of the Conservative Party and Prime Minister.

She went on: “I’ve been in business for 25 years, running businesses large and small and working in charities. I know from very long experience how our economy works. I know how to strike a deal in a tough negotiation and I know as a woman how to succeed in a man’s world and how to fight the unfortunate prejudice that many working mums still experience.

“I believe this nation can become the greatest on earth. Our future is not written until we, the people, write it. And as your Prime Minister, my ambition will be to guide our country to those sunlit uplands, a future for our children and our grandchildren of aspiration, tolerance and hope.”

The winner is expected to be announced on 9th September.