Iceland’s capital aims to be carbon neutral by 2040

Iceland’s capital city has set a goal to reach carbon neutral status by 2040. Within the next 25 years, Reykjavik will increase the efficiency of public transport and limit city […] 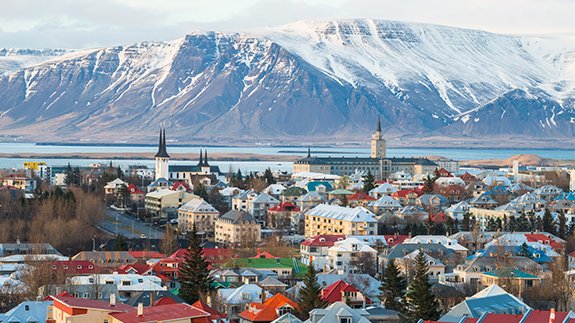 Iceland’s capital city has set a goal to reach carbon neutral status by 2040.

Within the next 25 years, Reykjavik will increase the efficiency of public transport and limit city expansion to hit the ambitious target, according to new plans released last week.

The goal builds upon the city’s previous target of cutting emissions by 73% by 2050. Other cities in the region such as Oslo and Helsinki are also working towards carbon neutrality within a similar time frame.

Reykjavik already gets the bulk of its electricity and heating from renewable and geothermal sources so decarbonisation will focus on transport networks and reducing the distance citizens have to travel.

This will be achieved by restricting new residential developments – 90% will be constructed inside the city’s existing limits.

It is aiming for walking and cycling to account for nearly a third of all transport by 2030, with cars accounting for 58% and public transport 12%. The city also plans to provide charging stations for electric cars throughout the city and electric ships at its ports.

Mayor of Reykjavik, Dagur Eggertsson, said: “These goals are intrinsically linked to urban densification, alongside which the city’s inhabitants will be offered a much more efficient public transport system through the use of either light railways or a bus rapid transit system.”