Ride the wave of convergence

Energy management and energy procurement are beginning to converge. Jon Ferris explains how managers can cope with this fundamental change. Before 2005, virtually all consumers had fixed energy contracts. As […] 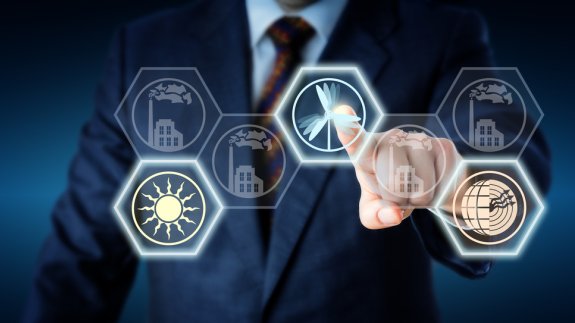 Energy management and energy procurement are beginning to converge. Jon Ferris explains how managers can cope with this fundamental change.

Before 2005, virtually all consumers had fixed energy contracts. As prices became more volatile, consumers found themselves paying suppliers extra to bear the commodity risk on their behalf. In 2005, when gas prices exceeded 100 pence per therm, commodity costs contributed more than 70% of the total bill. The largest consumers, well versed in hedging commodities in their own industries, demanded the right to manage energy in the same way.

Flexible procurement gave consumers the ability to buy and sell energy at wholesale market prices, aligning their energy to their planning and budgeting cycle.

This was when the second wave of sharply rising non-commodity costs came to the fore. Wholesale costs are just one element of the consumer energy bill. A growing proportion of their electricity invoice is non-commodity charges (NCCs). These costs are for transporting energy subsides for renewable generation, as well as other taxes and levies.

While it is impossible to avoid these charges, there are ways to reduce their impact. Eliminating wasted consumption will reduce overall costs, while shifting usage can optimise the benefits. The way network charges are calculated can create substantial opportunities for those with a good understanding of their consumption.

The third wave was the introduction of smart meters. With the roll out of Automatic Meter Reading (AMR) for larger Non-Half Hourly (NHH) meters largely complete and the expected growth in smart meters for smaller business and domestic meters, the number of consumers able to view granular consumption data will continue to rise. This rise in visibility of usage patterns increases the ability to both reduce and shift demand patterns. Further opportunities are likely to be identified from a site audit, with some reductions achievable simply through behaviour change, while others may require capital investment in more efficient equipment and controls. The financial benefit from managing consumption will be greater if an element of pass-through – rather than fixed cost – is secured in the supply contract to reflect system delivery costs. While fixed rate contracts used to be exactly that, consumers can now choose from a variety of fixed price contracts – where any element can be fixed for a premium.

Distribution Use of System (DUoS) charges and Transmission Use of System (TNUoS) charges are two examples where detailed understanding of your usage can reap rewards. The DUoS charge covers the cost of distributing electricity from the National Transmission System to homes and businesses through the regional Distribution Networks (DNs). Contracts with pass-through DUoS and TNUoS costs have the advantage of incentivising demand shifting based on known and predictable rates and times. This does not stop consumers continuing to fix the greater unpredictable volatility of wholesale prices and renewable charges.

When consumers use power

Both DUoS and TNUoS have elements linked to when consumers use electricity. For TNUoS this is the peak winter demand, call the Triads. Last year, Utilitywise consumers saved on average £57,000 when responding to alerts during the Triad periods. With the DUoS, the introduction of Common Distribution Charging Methodology (CDCM) in 2010, linked the time of consumption to distribution costs. Electricity consumed in the Red band is charged at a significantly higher price than in the Amber and Green time bands.

Intelligent bureaus offer building owners and occupiers the ability to reduce inefficiencies in performance, manage out of hours consumption but also shift or shed consumption when prices at that time of the day are greatest.

The rise in renewable capacity has also impacted on the operation of the system. This has created the current wave of change and we are heading towards the transactive grid era. With a large proportion of the new low-carbon capacity being intermittent and unpredictable, the proportion of firm capacity has fallen and short-term price volatility has increased. As more and more supply points become exposed to half-hourly settlement, suppliers either bear the risk of these fluctuations or pass them on to consumers. While this could be achieved through time-of use tariffs, but this is mostly going to affect peak demand. This does little to incentivise flexibility to address renewable intermittency. However, the introduction of pass-through balancing could incentivise a more efficient form of system management in response to short term prices. Moreover, allowing consumers and generators to interact more closely – a ‘transactive grid’ would facilitate trade between buyers and sellers on a more active basis. This could enable consumers to trade on a half-hourly basis, providing market-based demand response, rather than requiring the control of the system operator.

The declining cost of internet-enabled devices that communicate with each other – the Internet of Things (IoT) is enabling this model. The ability to remotely manage equipment according to business needs and market signals can help ensure the most efficient use of the energy network at the lowest cost to all participants.

To benefit from the convergence of energy procurement and energy management, an appropriate supply contract that rewards flexibility and the ability to control your usage are both required. But to change an organisation’s approach to energy, it is essential to get the right buy in internally, with key decision markets on board early on. An energy committee responsible for energy strategy can help embed a consistent approach across the organisation.