Siemens Gamesa has signed deals to provide 27 wind turbines to four onshore projects in Germany. They will provide a total renewable capacity of around 84MW, enough to supply around […] 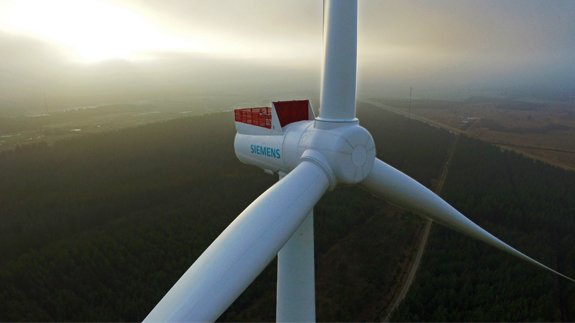 They will provide a total renewable capacity of around 84MW, enough to supply around 80,000 average homes.

GETEC Green Energy AG has ordered nine of the turbines for the 28.8MW Energiepark Profen project located in the Saxony-Anhalt region, which is scheduled for completion in late 2017.

The area the wind farm is being built in was previously used for the surface mining of carbon-intensive lignite coal.

An additional five units will be installed at PNE WIND’s Bederkesa-Alfstedt wind power plant near Bremerhaven in Autumn 2017, with another 11 to be put into place at WIRSOL’s Straubenhardt project in Baden-Württember next year.

Finally, two of the manufacturer’s wind turbines will be installed near the town of Vetschau in Brandenburg as part of a VentusVentures project.

When they are installed in late 2017 it will be the first time Siemens Gamesa’s specialised low-wind turbine goes into use in Germany.

The turbine manufacturer will also provide service and maintenance contracts of between 15 and 20 years as part of the deals.

Siemens Gamesa’s German onshore wind fleet is made up of more than 2,500 wind turbines with a combined capacity of more than 5.8GW.