A transport campaign is warning against a blanket ban on all diesel vehicles. Greener Journeys believes that would have a “devastating impact” on local communities, leading to a rise in […] 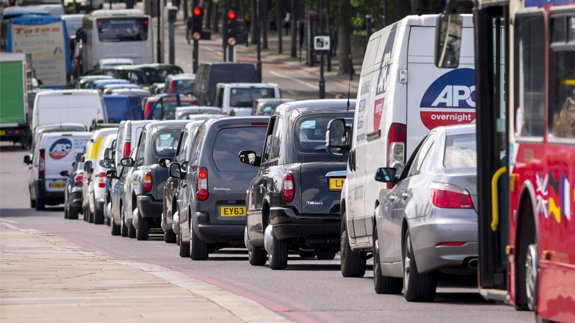 A transport campaign is warning against a blanket ban on all diesel vehicles.

Greener Journeys believes that would have a “devastating impact” on local communities, leading to a rise in unemployment and social deprivation”.

It suggests while Clean Air Zones are vital to addressing air pollution, banning all diesel buses could lead to a loss in eight out of 10 bus services.

The government is expected to publish its final plans for tackling pollution next year and many expect diesel vehicles to be targeted with new restrictions or fines.

Oxford and Cambridge are among local authorities that have already announced their intention to ban all diesel vehicles, including buses.

Professor David Begg, former Chairman of the government’s Commission for Integrated Transport is calling on councils to halt blanket bans and instead target older diesel cars, which are the biggest contributors of air pollution.

They make up around 41% of nitrogen dioxide emissions from road transport compared with 30% for diesel vans and 6% for buses and coaches.

Professor Begg said: “While local government rightly try to take dirty diesel vehicles off the streets, there is a danger they will demonise and penalise a new generation of independently-tested clean diesel buses that are in fact part of the solution, not the problem, to excessive air pollution.

“We must be aware of unintended consequences of waging war on diesel and avoid tarring these incredibly lean buses with the same brush as the toxic car fleet on our roads today. Instead we need to tackle the older diesel cars and vans that are clogging up our streets. If buses are viewed as the problem and not integral to the solution, then the unintended consequence will be more polluting cars on the road and poorer air quality.”