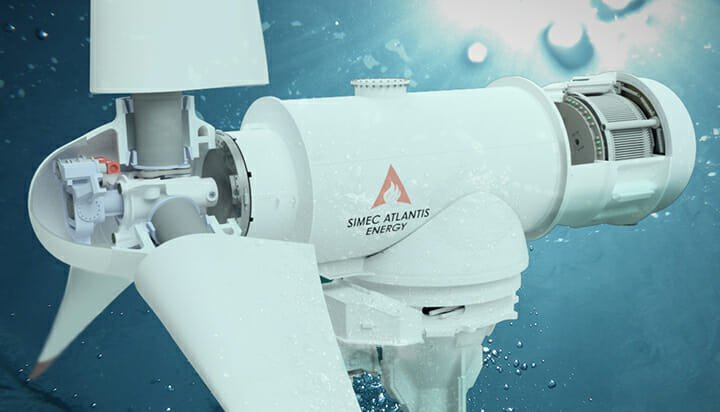 Bristol-based tidal power company SIMEC Atlantis Energy (SAE) has unveiled the design for what it claims is the world’s largest single axis turbine.

The company, owned by billionaire tycoon Sanjeev Gupta, says the 2MW tidal power turbine system will be capable of accommodating rotor diameters of between 20 to 24 metres.

SAE has invested more than £5 million towards the development of the AR2000 turbine.

It is expected to be deployed on future phases of the MeyGen tidal project and available for sale to commercial developers in the final quarter of 2019.

Drew Blaxland, Director of Turbine and Engineering Services said: “Not only will it be the largest single rotor turbine in production, it will be the backbone of a highly efficient and cost-effective generation system capable of deployment in each of our key target markets in the UK, France, Channel Islands, Asia, Australia and Canada.

“The AR2000 system has been designed to deliver a lower levelised cost of energy and increased reliability. Combining a large rotor diameter with a drive train capable of being daisy-chain linked, optimised redundancy and quick connection, will deliver an offshore generation system that can compete with other comparable sources of renewable generation when deployed at scale.”