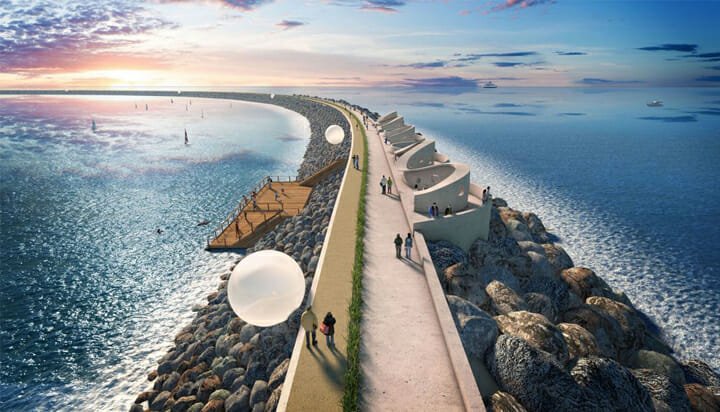 Swansea Council is seeking companies in the private sector in an effort to revive the proposed tidal lagoon project.

A taskforce set up by Swansea Bay City Region spent three months re-evaluating the £1.3 billion Swansea Bay project and looking at alternative options for delivery after the UK Government refused to back it earlier this year.

The taskforce found the development of such a project need to be led by the private sector without relying on subsidies from government.

The firms would be required to conclude the detailed planning, design and licencing as well as obtain all appropriate permissions and secure funding for the tidal lagoon.

Developer Tidal Lagoon Power had previously said the project would power around 155,000 homes in Wales every year and create more than 2,000 jobs in construction and manufacturing.

Rob Stewart, Chair of the taskforce and Leader of Swansea Council said: “Despite the UK Government not supporting Tidal Lagoon Power’s proposals, we want to deliver this ground-breaking project in Swansea Bay.

“Unlike the previous proposal, we believe it should be a private sector-led development that doesn’t rely on government or local government subsidy to pay for it. That’s why we’re now testing the market to see which companies are interested in helping to deliver the lagoon. This could range from large financial institutions who want to invest in the project to major construction companies who want to build the lagoon.”

The council adds the Welsh Government has indicated it is “prepared to make a significant investment alongside an appropriate institutional partner or investor”.