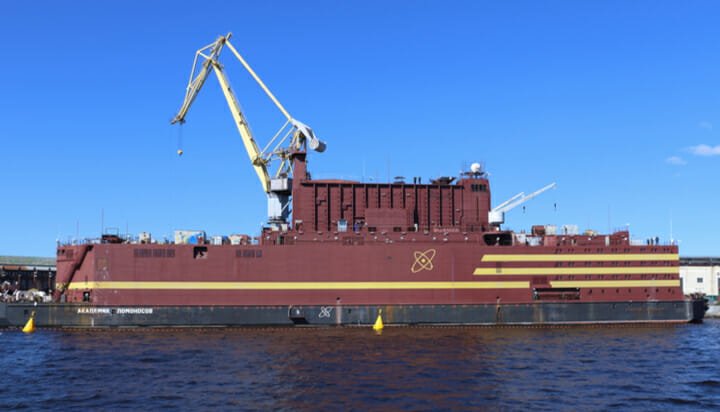 The first reactor on Russia’s floating nuclear plant has been successfully fired up.

One of the two 35MW reactors aboard Akademik Lomonosov has achieved a sustained chain reaction for the first time, with the second planned to enter operation shortly.

Comprehensive testing of the reactor is expected to start within a few days, with all final technological operations at the facility scheduled to be completed by the end of the year.

The vessel, which is 144 metres long, 30 metres wide and has a displacement of 21,000 tonnes, will be towed to its permanent base at Pevek, Russia’s northernmost city, in the summer of 2019.

The Russian Government claims once it is in operation, the facility will be both the world’s only functional floating nuclear power plant and the northernmost nuclear installation.

A spokesperson for state nuclear corporation Rosatom said: “The physical launch of the reactor unit on the starboard side of the floating nuclear power plant Akademik Lomonosov happened on Friday.