In 2016, Squire Energy were selected as the gas infrastructure provider for a residential project in Spitalfields, in London’s vibrant East End. 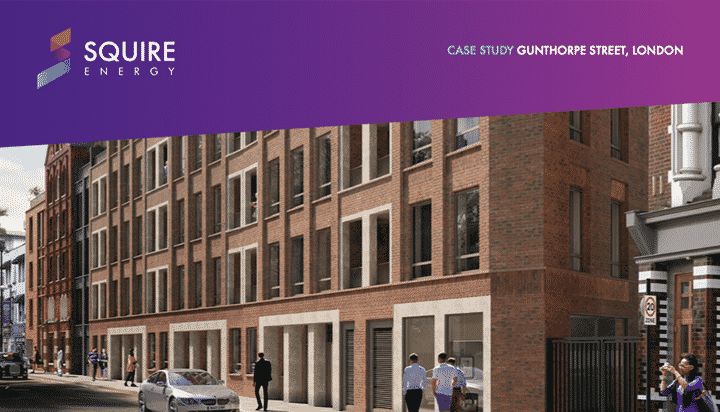 Over our 15-year history, Squire Energy have cultivated long-standing relationships with some of the country’s largest and most respected developers, earning ourselves a reputation for experience, expertise and exceeding expectations. One of our newer relationships is with London Square – a developer specialising in elegant residential developments in and around the city of London.

In 2016, Squire Energy were selected as the gas infrastructure provider for a residential project in Spitalfields, in London’s vibrant East End. Once strictly working-class, the eastern fringes of London have experienced an incredible regeneration to transform into an area brimming with start-ups, new businesses and communities keen to find their new home. With its highly sought after postcodes, the redevelopment of the East End offers exciting opportunities for new projects for Squire Energy.

London Square’s brief revealed plans for a block of one, two and three bedroom residential apartments on the corner straddling Gunthorpe Street and Commercial Street, nestled in the small but bustling district of Spitalfields. Located near the beautifully landscaped Mallon Gardens and the Grade II listed Tonybee Hall, the new apartments required installation of new gas pipes and low pressure gas connections.

Squire Energy’s work began in September 2016, and was split into three phases across the two-year timeline. Before building could even begin, existing flats had to be demolished to make way for London Square’s new development. Phase One addressed the disconnections, with the existing 4-inch low pressure gas pipes supplying the old flats taken off the grid.

However, the 3-inch gas service which fed the neighbouring Tonybee Hall also had to be disconnected, as it snaked underneath the site for the new apartments. As a Grade II listed building and home to a historical charity, disconnection at Tonybee Hall was swiftly followed by diversion and reconnection in Phase Two. Following excavation,  Squire Energy laid a 63mm pipe across Wentworth Street to a kisk with a 2in ECV. The new 3-inch low-pressure gas service for Tonybee Hall was earmarked for installation on Gunthorpe Street but as re-connection work was underway, Squire Energy discovered that the location of the gas main had been incorrectly marked on the plans. It was located on the far side of Gunthorpe Street and not on the nearside footway, resulting in a temporary road closure as Squire Energy worked to connect Tonybee Hall’s new gas supply to the main. Co-ordination between Squire Energy and Tonybee Hall was key, to minimise disruption and to allow Tonybee Hall to remain fully-functional and accessible to its local users during the installation of the new gas pipe and U25 gas meter.

The third and final phase, was the installation of the new gas service for London Square’s eclectic development of stylish apartments. Supplying 63 residences, we connected the 90mm parent pipe on Gunthorpe Street, to a brand-new 90mm low-pressure polyethylene pipe which terminates in the development’s basement meter supply room. Also located in the basement, is a U100 bulk meter designed to service all the residential flats.

Work was completed in September 2018, much to the delight of London Square. Tony Kavanagh, Utilities Manager at London Square says, “A big thank you Squire Energy. The team are an absolute credit, consistently going above and beyond to ensure the successful – and swift – installation of the development’s gas supply. This professional service is why we will continue to work with Squire Energy in the future.”

If you need a new gas connection, disconnection or any gas infrastructure service for your development – commercial, industrial or residential –  visit www.squireenergy.co.uk or call us on 01372 360607.”