The Labour Party leader said the move would create nearly 70,000 jobs and 37 new wind farms across the country 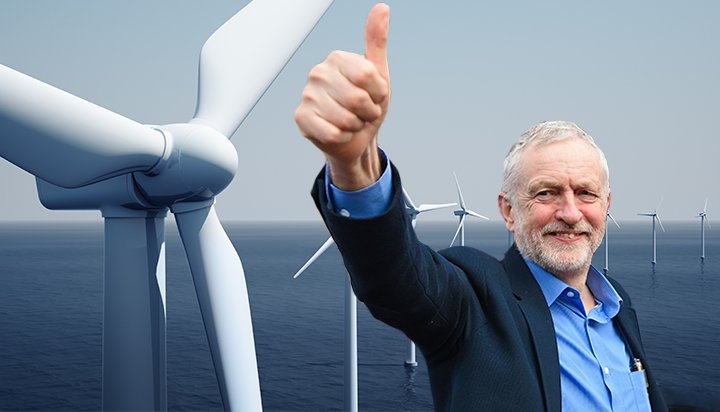 Jeremy Corbyn has promised to deliver a five-fold increase in offshore wind capacity if the Labour Party is voted into power.

He said the move would create nearly 70,000 jobs and 37 new wind farms across the country.

Discussing his proposed 10-year clean energy plan to reduce emissions to net-zero and limit global temperature rises to 1.5°C, he committed to “radically expand” offshore wind infrastructure in order to tackle the climate emergency and drive investment and employment in coastal communities.

He said the money needed would be drawn from a combination of public and private sources and could total £83 billion over the span of a decade, during which time it would help replace the need for 38 coal power stations.

Under the plan, a fifth of the profits generated for the public by the new offshore wind facilities, estimated at up to £1 billion per year, will be invested directly into held-back coastal communities, with the remainder targeted at wider decarbonisation.

Mr Corbyn, said: “The full scale of the environment and climate emergency cannot be ignored. As scientists and activists have made clear, we need immediate and radical action to have any hope of keeping temperature rises to a manageable level.

“We know the big polluters and banks won’t take the necessary action. So the next Labour government will kickstart a Green Industrial Revolution, protecting our planet and creating hundreds of thousands of high-wage, high-skill unionised jobs across the country and delivering investment for communities that have been held back for decades.”