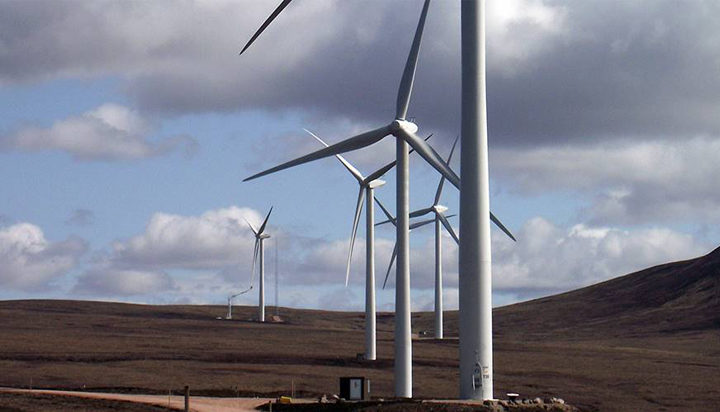 SSE Renewables has confirmed plans to build its first subsidy-free onshore wind farm in Scotland with a capacity of 47MW.

Located 12km north west of Brora in the Scottish Highlands, the 11-turbine project will be an extension to the existing 70MW Gordonbush wind farm, which consists of 35 turbines.

The project will be developed on a merchant basis, i.e. selling the electricity into the market rather than under a long term contract.

Jim Smith, Managing Director of SSE Renewables warns merchant investments are only possible for a “limited number of the most attractive projects” and onshore wind won’t be deployed at the rate needed to reach Scotland and the UK’s net zero targets without intervention from government to provide revenue stabilisation.

This could be through access to Contract for Difference (CfD) auctions or more robust carbon pricing over the long term to stabilise future power prices.

Mr Smith added: “Onshore wind is the cheapest form of low carbon generation and brings job and investment to rural communities. Yet despite the climate emergency, onshore wind construction is at the lowest it has been in a decade.

“We urge the UK Government to ensure onshore wind fan be developed at the pace and scale set out by the Committee on Climate Change by providing investors with more certainty over the income they will receive for generating zero carbon power in the longer term.

“Accelerating onshore wind development would be a quick win for government as it looks to set out plans to meet net zero in the run up to COP26 in Glasgow this year.”

SSE currently owns more than 2GW of onshore wind, has more than 1GW of projects in development and aims to reach 30TWh of renewable energy generation by 2030.