Durham deemed ‘the greenest city in the UK’

The city, which declared a climate emergency in February 2019, has already reduced emissions by 47% between 2009-2019 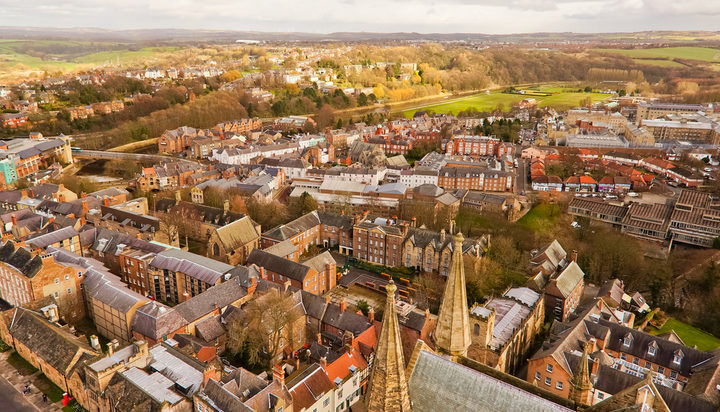 Durham has been hailed as the UK’s greenest city as carbon dioxide emissions fall by half and air quality ‘continues to improve’.

That’s according to a new study published by the Solar Centre, which went through government data and ranked cities in the UK on ten criteria from waste management to air quality, carbon dioxide emissions and green spaces.

Durham came on the top of the list of 59 cities, including Swansea that came second and Newcastle Upon Tyne, which ranked third.

The city, which declared a climate emergency in February 2019 and committed to an 80% reduction in council’s carbon dioxide emissions by 2030, has already reduced emissions by 47% between 2009-2019 and has the best score for air quality, according to the survey.

The study placed London in 53rd position, while Perth and Bradford scored the lowest for green initiatives.

John Clare, Member of Durham County Council, commented: “We are pleased to receive this recognition for our work to combat climate change, which is a testimony to the amazing work of the council’s environment and low carbon teams.

“Creating a clean and green county is at the core of the council’s Climate Action Plan and we will continue to build on these promising figures. This includes helping businesses and residents become more energy efficient and integrating clean technology in our county’s infrastructure.”