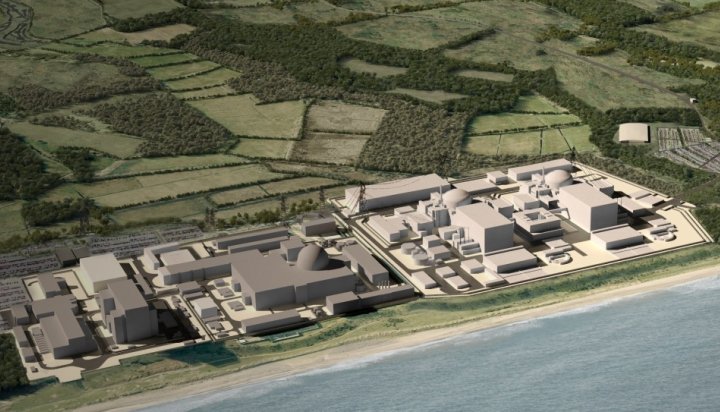 A new industrial consortium consisting of 32 major nuclear supply chain businesses and trade unions are calling on the government to back the proposed Sizewell C nuclear power project on the Suffolk coast.

The Sizewell C Consortium, which includes Atkins, Balfour Beatty Bailey, Cavendish Nuclear, Doosan Babcock, EDF, Laing O’Rourke and Mott MacDonald as well as the GMB, Unite and Prospect unions, believes the Sizewell C project will provide a “major economic boost” for the UK and set the country “on the road to a green recovery”.

The Consortium intends to sign Memorandums of Understanding (MoUs) with UK regions to guarantee British jobs and investment in the building of the nuclear plant, with 70% of construction value expected to go to UK companies.

The proposed Sizewell C project is expected to provide 3.2GW of energy – enough to power around six million homes.

The call from the Consortium follows the submission of the planning application for the project to the Planning Inspectorate last month.

The companies add approval of the project would directly provide more than 60,000 skilled jobs, in addition to 160,000 jobs sustained across the wider supply chain.

However, they warn thousands of these jobs could be lost without government backing for the project “soon” and therefore “seriously undermine the UK’s nuclear delivery capability”.

“A firm commitment on the future of Sizewell C will help sustain the nuclear supply chain and can deliver significant benefits to the UK’s low carbon economic prosperity.”

A joint statement by GMB, Prospect and Unite adds: “If the government is serious about levelling up the regions and meeting net zero then it needs to support Sizewell C and the nuclear supply chain. There are few infrastructure projects of this scale that are ready to go and which can provide an immediate Post COVID- 19 boost for jobs locally and nationally, including up to 1,000 apprenticeships for young talent.”

The UK Government recently announced it is investing £40 million to help speed up the development of the next generation of nuclear energy technologies.