Boris Johnson has just set the climate bar higher – but what does industry think? 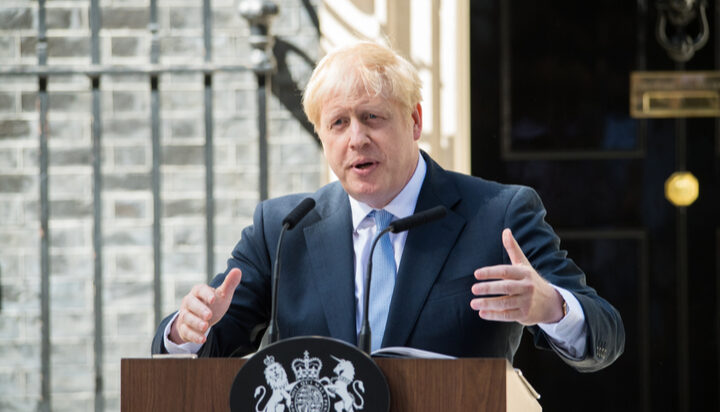 The Prime Minister has confirmed a new climate target to slash carbon dioxide emissions by 78% before 2035.

The new climate law covers emissions from aviation and shipping for the first time and means that previously planned commitments are being pushed forward by 15 years.

Responding to the new UK 78% emissions reduction target by 2035, the Energy Networks Association’s Chief Executive David Smith said: “The UK has been at the forefront of progressive climate change policy for decades and we welcome this ratcheting up of ambition.

“The UK’s energy networks are the backbone of supporting a net zero future. We’re already working at pace to deliver projects which lead us there and we’re ready to up the ante again.

“To do so will require the right regulatory environment, one which encourages innovation, flexibility and significant long-term investment.”

Commenting on the government’s announcement to enshrine in law an emissions reduction target of 78% by 2035, Energy UK’s Chief Executive Emma Pinchbeck said: “We welcome the increased ambition show by this new target and the inclusion of aviation and shipping, which demonstrates the necessary leadership in the year that the UK hosts COP26.

“The government now needs to urgently focus on policies that can enable our industry to invest and help deliver on these pledges by increasing still further the amount of low carbon generation, cutting emissions from housing and transport and by creating a modern, flexible energy system.”

The 2020s are a ‘decade of delivery on our climate ambitions’

“As COP26 hosts, the UK Government is leading by example by setting this stretching target. Business stands ready to deliver with the latest low carbon technologies and innovations that are driving emissions down every year.

“By tackling this together, we can reap the benefits of the transition to a low carbon economy. The target emphasises the importance of the 2020s as a decade of delivery on our climate ambitions and urgent action is needed now to make this a reality.”

Emissions targets won’t be met without the right policies

Commenting on the UK Government’s decision to strengthen its targets for cutting greenhouse gas emissions for the next 15 years, Friends of the Earth Climate Campaigner Connor Schwartz said: “Targets for cutting emissions are important, but without the right policies they won’t be met. The UK Government is already struggling to meet its existing, less ambitious climate goals.

“Boris Johnson’s government may want to show global leadership ahead of this year’s crucial climate summit, but with its backing for new roads and airport expansion and huge financial support for a mega gas development in Mozambique, it won’t be taken seriously.”

Ed Matthew, Campaigns Director at the independent climate think tank E3G, said: “The UK now has the opportunity to spark a global green industrial revolution, but ultimately its credibility will rest on action.”

Jonathan Maxwell, Chief Executive Officer of the energy efficiency funder Sustainable Development Capital LLP, said: “The Prime Minister’s reported new carbon reduction target is a welcome increase in ambition. However, it will only be achieved if we embrace the potential of energy efficiency fully applied to our businesses and homes.

“The cleanest energy is the energy we do not use. Using tried and tested technologies, energy efficiency is cheaper and more reliable than adding further generation to the grid.

“Two-thirds of electricity generated is wasted, in transmission, distribution or generation itself, before it can be put to use.  Buildings use 40% of our energy.  Making them more efficient and generating energy where it is going to be used saves emissions and cuts bills.  So that’s a win-win.”