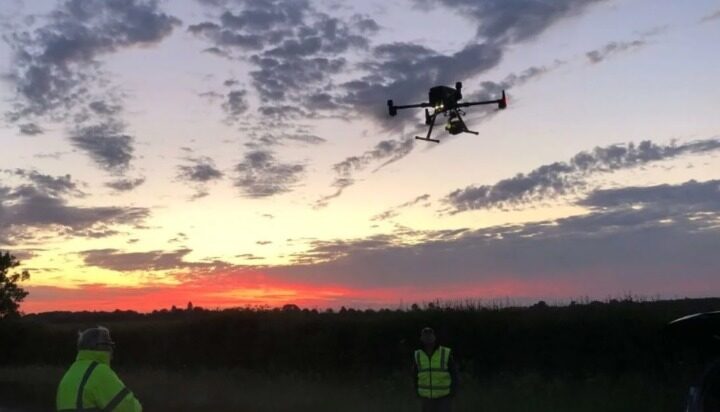 They share the same sky but drones could actually prove birds’ saviours.

Anglian Water has deployed drone technology to protect ground-nesting birds from the noise of construction work on what is claimed to become one of the largest water infrastructure projects in the UK.

The technology, which has been implemented along the route of the new 24-kilometre pipeline between Lincoln and Grantham, uses thermal cameras to check for the heat signatures of ground-nesting birds.

Once they’re found they are cordoned off so the workers laying the pipes, who are often using large equipment such as diggers, avoid the area and do not disturb the birds.

The drones fly at night, usually at about 3 am, as that is the best time to locate any nests, Anglian Water said.

The project forms part of Anglian Water’s new £400 million pipeline network, which is designed to secure future water supplies across the east of England.

Andrew Weston, part of the Ecology Team who came up with the plan to use drones, said: “We take our responsibilities to the environment seriously, especially on large infrastructure schemes.

“It’s important that we not only respect the areas in which we work and protect the wildlife but, where possible, enhance it too.”