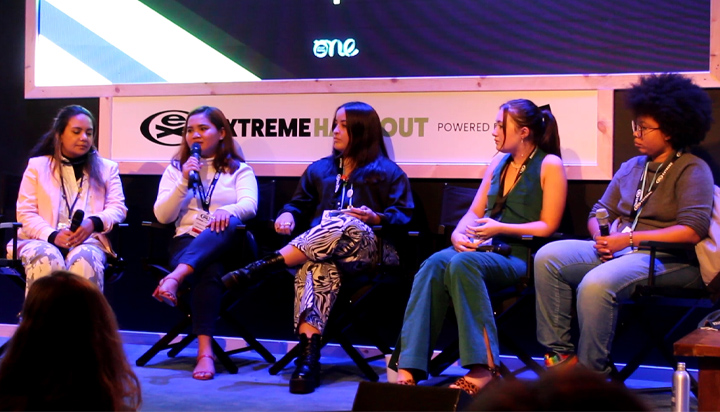 Is climate change a gender crisis too?

During the COP26 climate conference in Glasgow, ELN met four young climate activists from around the world and discussed the ways in which the climate crisis specifically affects the rights of young women globally.

Ms Castillo said that is why they want the governments to take action on gender justice as well as climate justice.

Marie Cristina Kolo is a climate activist and feminist from Madagascar. She told ELN: “Actually, most of the people do not realise that there is a strong link between gender and climate change.

“Climate change increases inequalities, mostly in developing countries like mine. For example, during cyclones, during floods, the women are the first victims. Nearly 14 times more victims than men.”

She explains that sometimes that comes from how society is structured: “We do not teach women how to swim, how they can just survive. I can give you another example. If we are talking about drought, my region is facing the world’s first famine directly related to climate change.

“And we have these severe droughts in the south of Madagascar that are affecting more than one million people. And among these people, there are mostly women. Why women? Because women are in charge of collecting the water.

“They go for kilometres to find water; they return home and even there they have to drink water after the men. Even if they are exhausted because they are taking care of their house and family they have to eat after the men. So today, women are more victims of malnutrition as they have nearly four times less food. We have to provide food firstly for men because we live in a very pastoral society.”

Ms Kolo said that just 3% of the climate funds globally are dedicated to gender issues.

For Marinel Ubaldo, an activist from the Philippines gender inequality is integral to climate change: “Just imagine that we do not have access to education, to health facilities. Where there is a disaster these inequalities exacerbate. There is not even an option for women to exercise their rights. Our rights are being left out.

“In our community, there is a high rate of rape cases. Women are not offered employment options, women can be of the national workforce, the national building.”

Serena Jemmett from Amnesty UK said she did not hear anything, any concrete plan from world leaders during the climate summit on tackling this specific issue: “There is not enough space on climate agenda to discuss climate crisis as a gender issue. I think when you look at the climate you have to look through race lens, gender through different aspects.”

She added that gender inequality in the UK has to do more with how women are spoken about and objectified in terms of the patriarchal culture that is prevalent now.