Hey Big Carl, how you doin’? 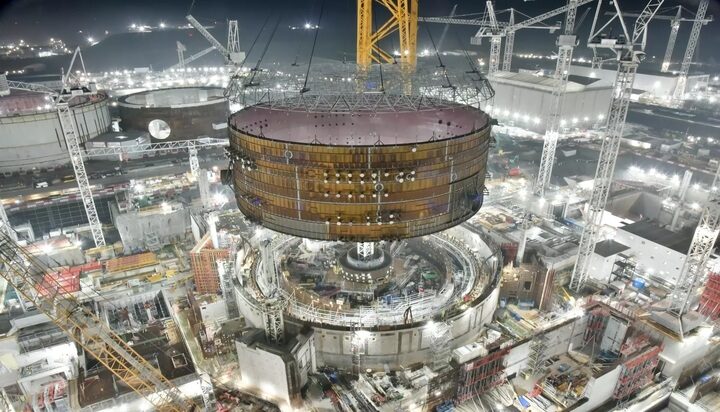 EDF has said a second 17 metres high steel ring section has been installed at Hinkley Point C after it was lifted by what is claimed to be the world’s biggest crane, nicknamed Big Carl.

The crane is said to be 250 metres tall and higher than the Gherkin, London Eye and Big Ben.

The installation at the second reactor building of the nuclear power station comes 11 months after an identical operation on the first reactor of the power plant.

EDF said that the ring was built 25% quicker than the first ring.

The electricity generated by the plant’s two EPR reactors is forecast to offset nine million tonnes of carbon dioxide emissions a year, or 600 million tonnes over its 60-year lifespan.