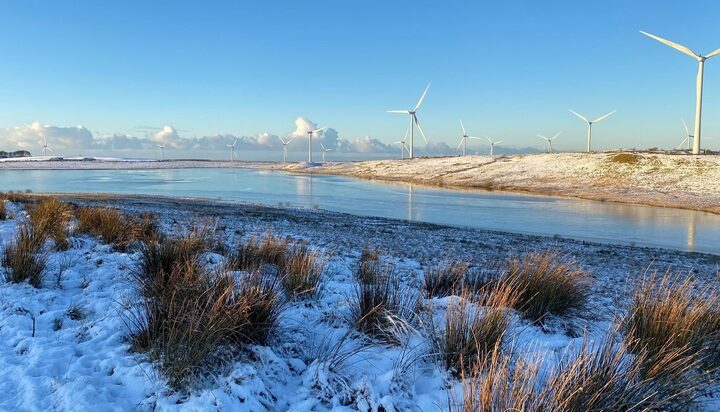 Nearly two weeks after the end of COP26, the government has today announced it will invest £9.4 million in a new hydrogen project in Glasgow.

The new electrolyser will be alongside what is described as the UK’s largest onshore windfarm, Whitelee Windfarm, which is owned by ScottishPower.

Developed by the manufacturer ITM Power and the industrial gas firm BOC, the project will produce and store hydrogen to supply local transport providers.

It is forecast to produce up to four tonnes of green hydrogen per day.

That is equivalent to enough fuel for 225 buses travelling to and from Glasgow and Edinburgh every day.

Energy and Climate Change Minister Greg Hands commented: “Projects like these will be vital as we shift to a green electricity grid, helping us get the full benefit from our world-class renewables, supporting the UK as we work to eliminate the UK’s contribution to climate change.”

Secretary of State for Scotland Alister Jack said: “In the weeks following COP26 in Glasgow, it has never been more important to champion projects like this one, which embraces new hydrogen technology while creating highly-skilled jobs.”

In August, the government unveiled its landmark Hydrogen Strategy that is forecast to support 9,000 jobs and unlock £4 billion investment by 2030.