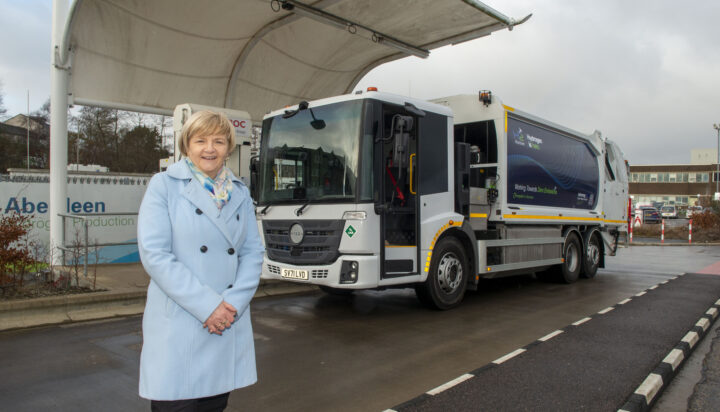 Scotland‘s Aberdeen has launched a hydrogen-fuelled waste collection vehicle which is described to be the UK’s first.

The refuse truck will start collecting waste and recycling around the city from early March.

Its journeys are forecast to lead to emissions savings of more than 25 kilograms carbon dioxide equivalent across a year compared to a diesel truck.

The deployment of the new waste collection vehicle will also help inform decisions about further rollouts of hydrogen-fuelled trucks in the coming years.

The hydrogen fuel cell waste truck is one of seven that will be deployed across pilot sites in northwest Europe, including the Netherlands, France, Belgium and Germany.

Each of these trucks is expected to be tested in various environments and settings.

Aberdeen City Council City Growth and Resources Convener Councillor Ryan Houghton said: “The launch of the new waste truck comes hot on the heels of the new joint venture company with bp to deliver the Aberdeen Hydrogen Hub and all of these projects cement our position as a pioneering, climate positive city and an important step forward in our hydrogen journey.”