Have you packed for a pee-powered mission to Mars?

Spanish space technology engineers are currently working on the development of a system that converts astronauts’ urine into fuel with the help of solar power.

The team behind the European Space Agency (ESA)-funded project said this will be the first reactor able to produce space fuel propellant on Mars, using the planet’s air, which is nearly 95% carbon dioxide.

The reactor, which will be powered by sunlight and astronauts’ urine, will be used to help in the production of the fuel.

Dr Borja Pozo, Space Technology Leader at Tekniker told ELN: “The idea is that we have a reactor that will operate on Mars and this reactor will make some electro-chemical reactions to convert carbon dioxide to methane.

“In these chemical reactions, we will have to have some kind of liquid to help in the direction to change from one element to another.

“The astronauts’ greywater will help provide the final fuel that will be used for space rockets.”

Dr Pozo added that the new technology will boost the reutilisation of already existing resources in space missions and enable astronauts to produce their own fuel on Mars.

The ‘photo-electrochemical’ system, relies on s0-called ‘catalytic materials’ to produce hydrocarbons such as methane and carbon monoxide or alcohols from atmospheric carbon dioxide and wastewater.

Jean-Christophe Berton, ESA Technical Officer for the project, added: “The outcome of this activity could provide ESA with valuable input on the production of propellant on Mars or to power remote sites like ground stations on Earth.

“It could also potentially provide input on how to decarbonise our own atmosphere.”

Watch the video to listen to the entire interview. 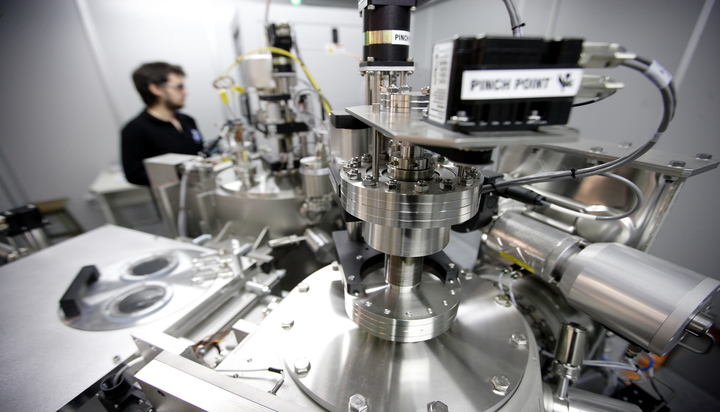