New tariffs for non-solar could drop as much as 41%

The proposed changes to the feed-in tariff rates for wind power could see support cut by up to 41%. DECC aim to introduce the amendments by October of this year, […] 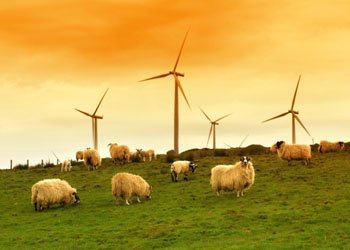 The proposed changes to the feed-in tariff rates for wind power could see support cut by up to 41%. DECC aim to introduce the amendments by October of this year, but have so far faced mixed reactions to the changes.

Kevin Parslow, CEO of small turbine manufacturer Evance Wind said: “We are disappointed that DECC has suggested a further 25-41% reduction to the Feed-in Tariff for small wind turbine installations – particularly at a time when this important area of the renewables industry is growing.”

RenewableUK’s Director of Policy Dr Gordon Edge said it was important lessons were learnt by Government following the problems they faced with the solar sector: “It’s really important confidence is retained… It’s key that today’s announcement doesn’t follow last year’s consultation on solar power by producing a chilling effect on all new projects – with all the implications for jobs that entails.”

The proposed changes would drop the level of subsidy to all sizes of generation, with smaller generation of less than 1.5 kW suffering a cut in support from 35.9p down to 21p. Government say the cuts will deliver better value for money.

Liz Lainé, an energy expert at Consumer Focus said there was much to welcome: “Lower tariffs are sensible as they improve the cost-effectiveness for energy consumers, who ultimately fund FiTs through their bills, whilst driving down the upfront costs of systems.”

The cuts to renewable subsidies come shortly after DECC admitted the oversubscription to the solar FiT was likely to see the department £2.2 billion out of pocket, while the original budget was only £1 billion.