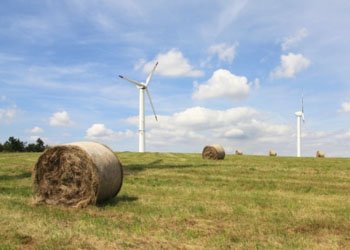 A new report from trade body RenewableUK claims onshore wind supported 8,600 jobs in 2011 and was worth £548m to the UK economy. A further 1,100 jobs worth £84m were also created at the Local Authority level.

The report, which has received support from the Department of Energy and Climate Change, also suggests the economy could benefit from £0.78bn by 2020, if onshore wind is deployed at a scale suggested in the Government’s Renewable Energy Roadmap.

The report suggests that under the 13GW central scenario set out in the UK Renewable Energy Roadmap the onshore wind industry could support 11,612 direct and supply chain jobs.

Energy Secretary Ed Davey said: “Not only does wind power provide secure, low carbon power to homes and businesses, it supports jobs and brings significant investment up and down the country too.

“With the cost of the technology coming down, there is a real opportunity to reap the economic benefits onshore wind can bring.”